Chicago (and everywhere else) loves Anders… 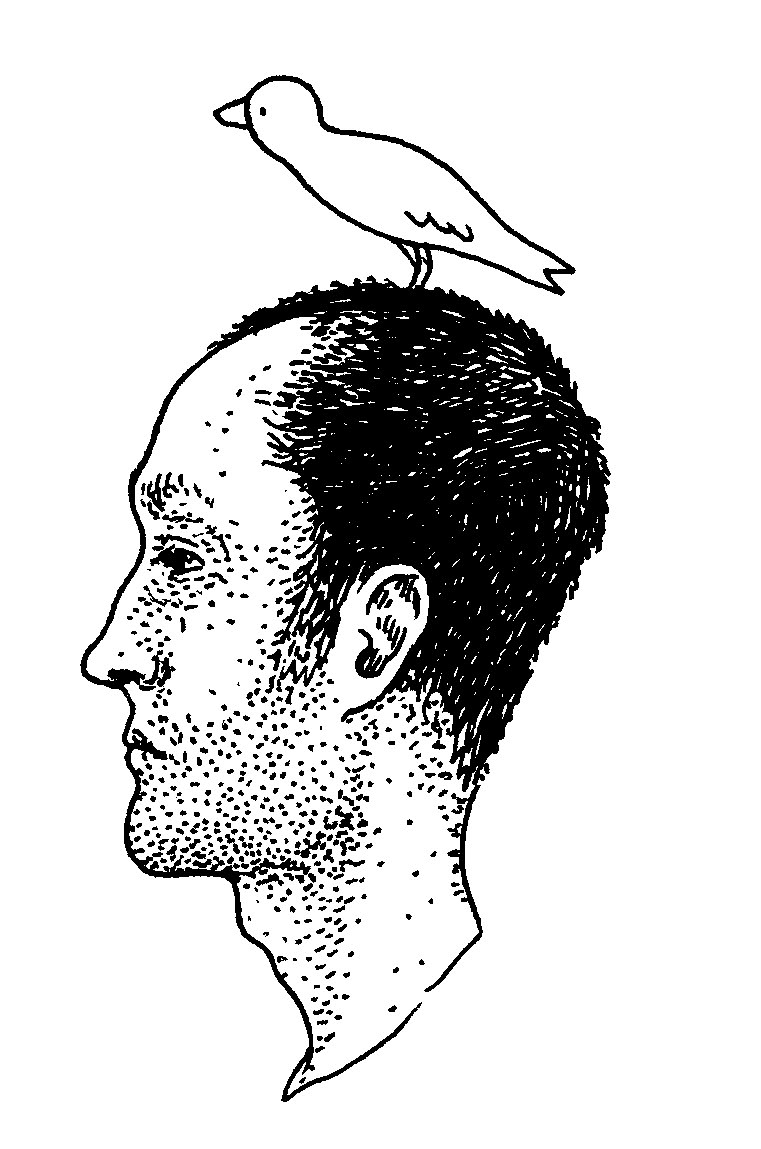 Attn: Chicagoans! Anders Nilsen will be having his hometown launch for BIG QUESTIONS tomorrow at Lula Cafe with everyone’s favourite store Quimby’s and pals John Porcellino, Kyle Beachy and Zak Sally. DO NOT MISS THIS! And as Anders explains on his Monolinguist blogthe cafe will exhibit originals from the book and these select BIG QUESTIONS originals will be on sale soon!

Deservedly so, Anders has been in the headlines all over North America this Summer. So much so, that I keep putting off writing a blog post because another piece of press is right around the corner. Chris Borrelli of the Chicago Tribune profiled Anders at length about process of creating his epic book and astutely notes: Read as individual, infrequent issues, BIG QUESTIONS was a handsome, fragmented dream. Read as a single, contained narrative, it’s absorbing and touching.

The Chicago Reader reviews the book: The overall mood of the work can seem bleak—a feeling enhanced by Nilsen’s simple, clean, black-and-white line drawings. But there’s a ray of hope, or at least a rationale. We “can’t ever really know the outcome of our actions,” a character says, “but if we act earnestly, and do our best, everything will turn out right in the end.”

D+Q’s hometown weekly, the Montreal Mirror, also gives a lengthy review: The real beauty of BIG QUESTIONS is that it doesn’t strive to answer. Through love, loss and tinges of dark humour, the meaning of it all remains as wide open as the land­scape on which the actions unfold. We’re left only to watch through the birds’ eye view, feeling for them as they love, lose and eat seeds.

The Baltimore City Paper gears up for Anders’ event at Atomic Comics and SPX next week: Nilsen’s strips are brilliant in that he manages to do so much with the limited palette he allows himself. Most strips maintain a simple, economical style, which in turn allows the moments of impressive detail (a strip titled “Anoesia and the Matrideicidic Theophany,” for instance, concludes with a stunning fold-out depiction of a plane crash) to be all the more powerful.

Paste Magazine states in their review: Nilsen’s spare but beautiful drawings and that abiding strangeness create a sense of awe that is rarely produced by cultural efforts. Much of the book is not easily explicable, and rather than being frustrating, its willful obscurity instead suggests you need to submit to the artist’s vision, not fight the current.

And a starred review by Publishers Weekly!: Epic in its scale and circumscribed in focus, Nilsen’s incisive BIG QUESTIONS is a philosophical novel that uses the techniques of fable to investigate faith, society, disillusionment, and catastrophe.

The Minneapolis Star Tribune timed their review to Anders recent event at Magers & Quinn and noted: the parable it tells unfolds with remarkable ease and power.

Jeff Vandemeer agrees with all of the press, and his blog post prompted another blogger, The Of Blog to check out the book: I’m currently a little over 60 pages into a massive multi-thread story of roughly 600 pages and I’m loving these little moments.

SF’s preview the book back in July.

And from Anders’ West Coast leg of his tour:

The Portland MercuryAlison Hallet suggests to readers: Next time a sunny afternoon is darkened by a crow’s cry, try to think of it as a screech of laughter rather than an ominous portent.

The Willamette Weekly aptly titles their review “The bird gods must be crazy” and Casey Jarman ends his review with BIG QUESTIONS doesn’t have to tie all the loose ends together to make for a satisfying read: The satisfaction comes from watching Nilsen’s talent grow with each passing page and knowing that the epic comic you’ve just finished is the artist’s first, and also most recent, work of art.

The Bay Area’s Eastbay Express admits: I’m not going to feign objectivity here: I think Nilsen’s work is brilliant. Dude’s been drawing little birds since way before they became a hipster cliché, and in this case the cuteness factor is balanced by the artist’s unflinchingly unromantic view of the natural world.

And last but not least (and not really last as I suspect there will be even more upcoming reviews of BIG QUESTIONS): Paul Constant of The Stranger states:

You’ve never read anything quite like BIG QUESTIONS—imagine if Peanuts suddenly turned into Lord of the Rings and you have a vague idea of the tone—but you’ll be thankful you encountered it. This is probably going to be the best—and is definitely the most original—comic of 2011.

Happy Monday after SPX, y’all! Don’t look so glum though, chum: the fun don’t stop in Bethesda – check out what…

Whoo-ey! Today I’m here to talk fall 2014 books. We have lotsa titles to discuss, so into the fray with new…

Well this is an auspicious start to Fall 2014! Our first two Fall books to be reviewed by the publishing trade…