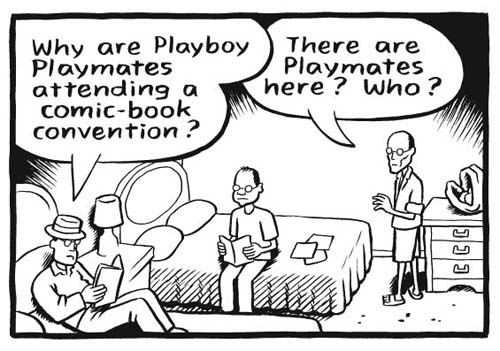 At this point there’s likely few people who need convincing that Paying For It is well on its way to becoming one of the most talked about graphic novels of 2011, but now comes word that Chester’s book made it to the #1 spot on The New York Times Bestseller Graphic Novel list (take that, Green Lantern!), two months after its release and its second appearance on the list. The news comes as no surprise to us: the book is going for a second printing today and it’s been flying off the shelves in our own store (it has now sold more than 200 copies in our one location in just the past 8 weeks).

And as a reminder, don’t forget that Chester will be making one of his rare appearances at the San Diego Comic Con in the next few days. If his Spotlight panel this Friday is SRO, you can’t miss his famous “dawn to dusk” signings, which take place from this Wednesday through Sunday at D+Q booth 1629.