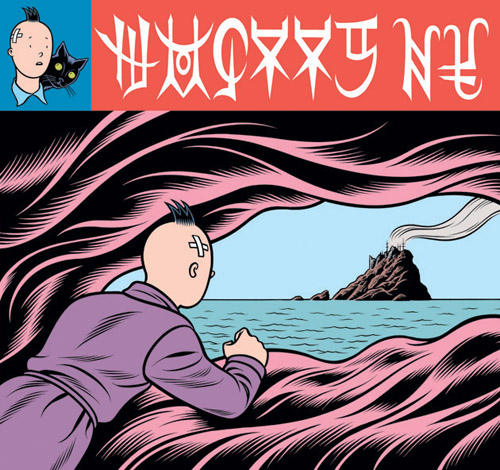 Cartoonists are celebrities in France.

So the big hub-bub in the office is that Le Dernier Cri published a Johnny 23 which is a version of Toxic which is the Cornelius name of X’ed Out and debuted it at Charles’ gallery opening for the book last week in Paris. Crazy, right? But soooooo awesome. And though it looks “pirated” with the fake foreign lettering, and reconfigured artwork, it’s not, it comes from, of course, the brilliant mind of Charles.

Check out these photos from Charles’ opening: 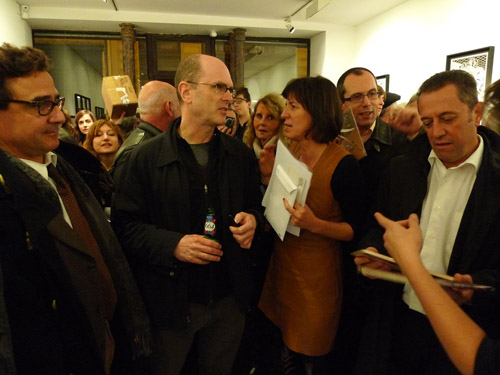 People, he is mobbed! He can’t even drink his beer in peace. 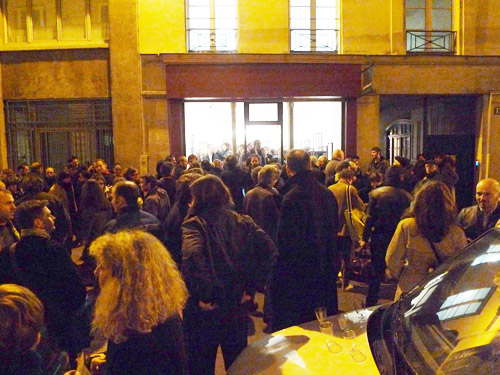 How many people are there?!! 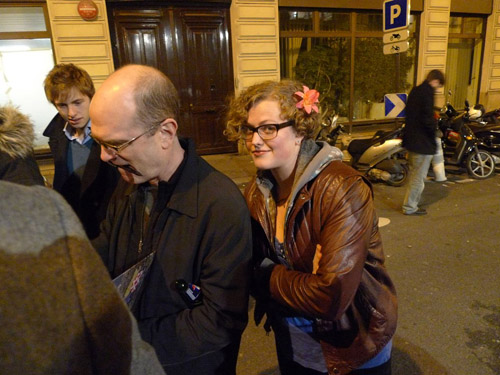 That woman behind Charles with the flower in her hair is his daughter Rae, who is taking her dad’s fans all in stride.

There are several rumors flying around that there will be copies for sale at the Brooklyn Comics and Graphics Festival, as well as the D+Q Librairie in December. Stay tuned.