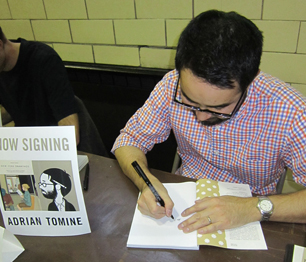 Now that the pressure’s off, and everyone’s gotten their fill of reading about and remembering Brooklyn Comics & Graphics Festival 2012, allow me to chime in! Just kidding, I had good reasons for being distracted last week!

While the crowds were busy getting their copies of New York Drawings and festival debut Don’t Go Where I Can’t Follow (in stores next month!), I snuck away from the booth long enough to snap a few photos of pals and wolf down a snack (apologies to those who saw me eating, there were a bunch of you, and I think I epitomized the action of wolfing). Anyway…

Dan Nadel & Molly Roth at Picturebox Books! This was followed by a series of intense photo attacks from all angles, the results of which I am terrified to see. 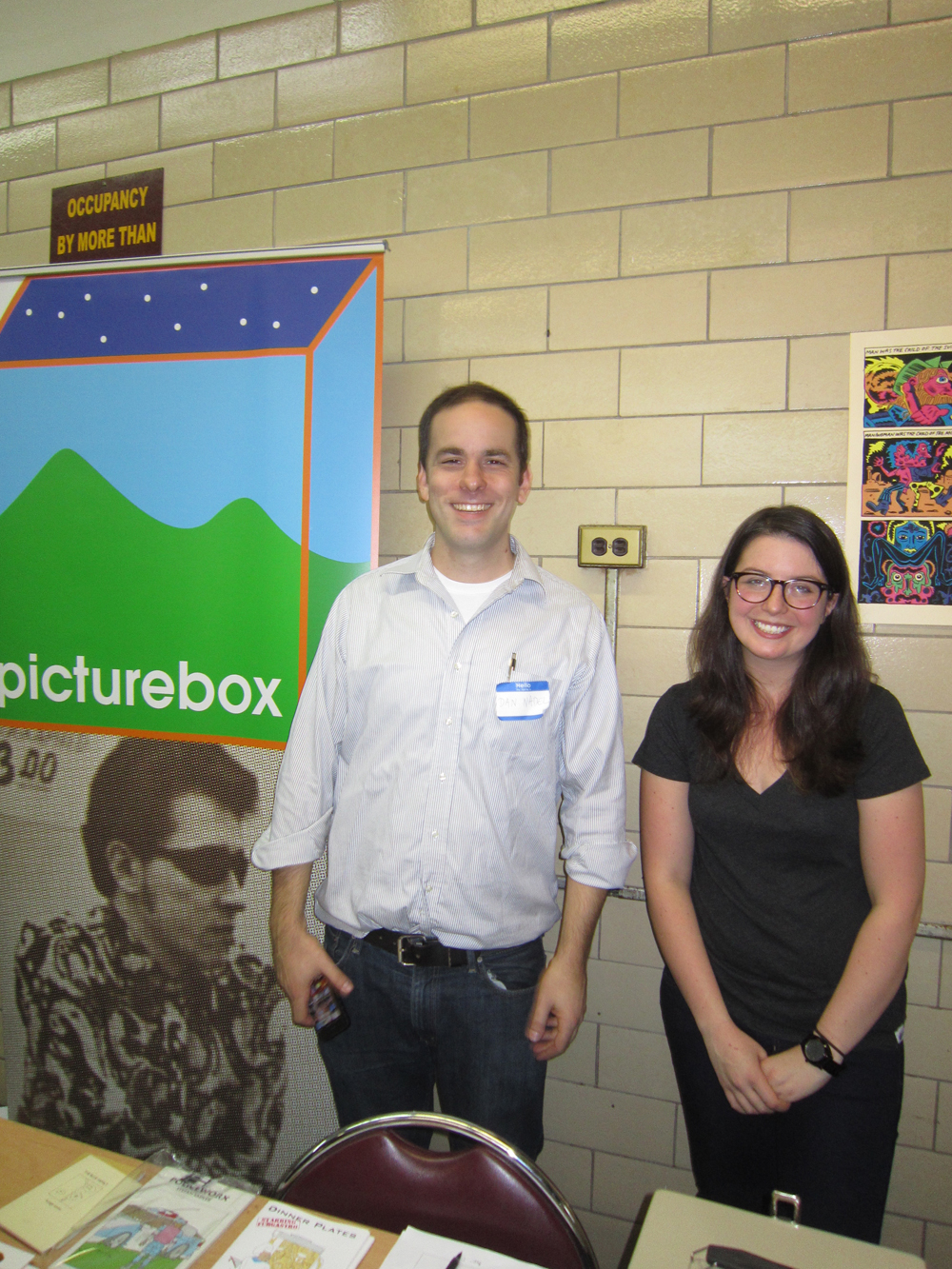 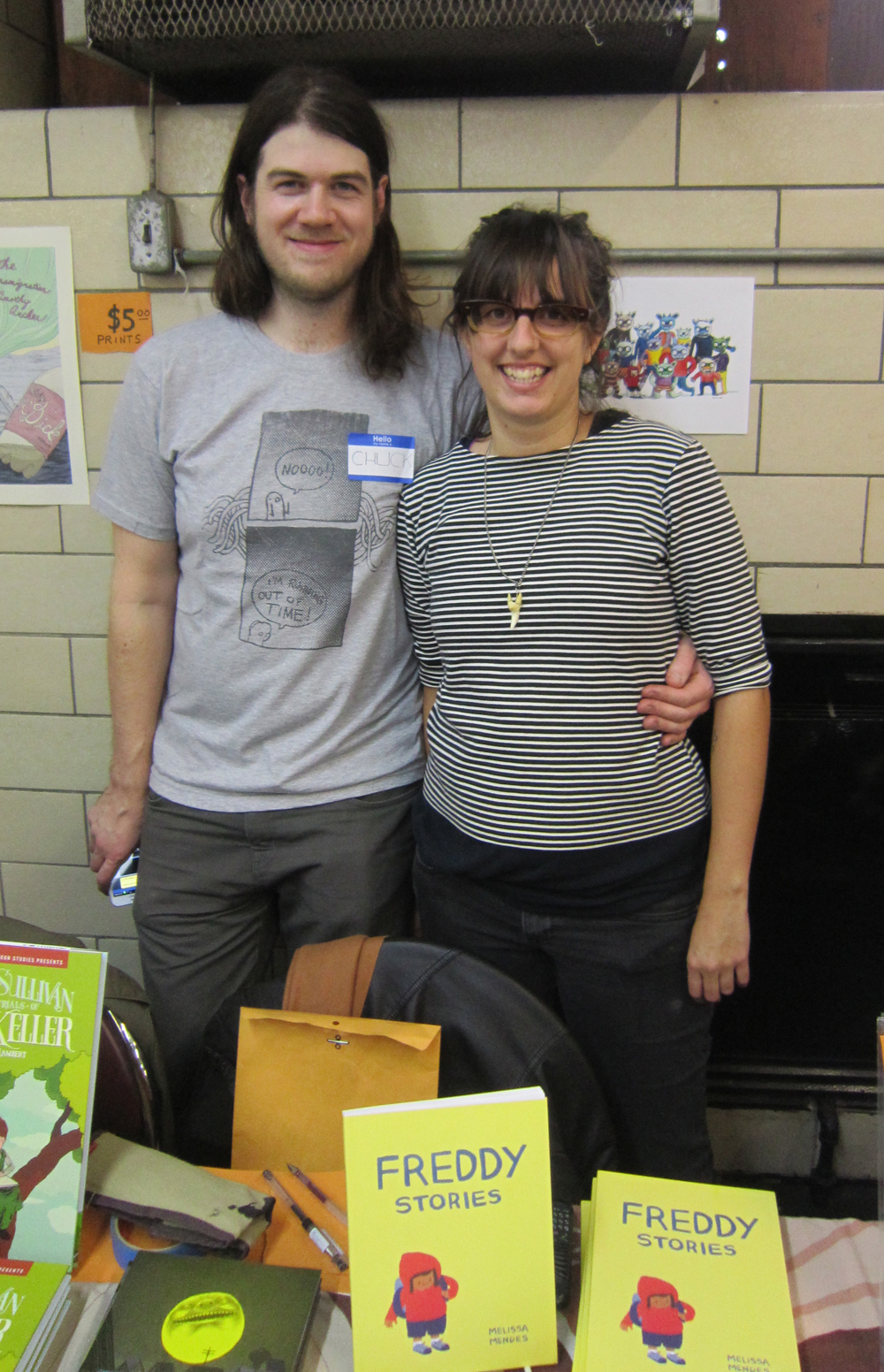 Fremok Books! They make awfully beautiful/eerie/neat stuff. On the left, Thierry Van Hasselt, co-founder and co-publisher. On the right, Carmela Chergui, formerly of L’Association, and now firmly ensconced in the Fremok world. 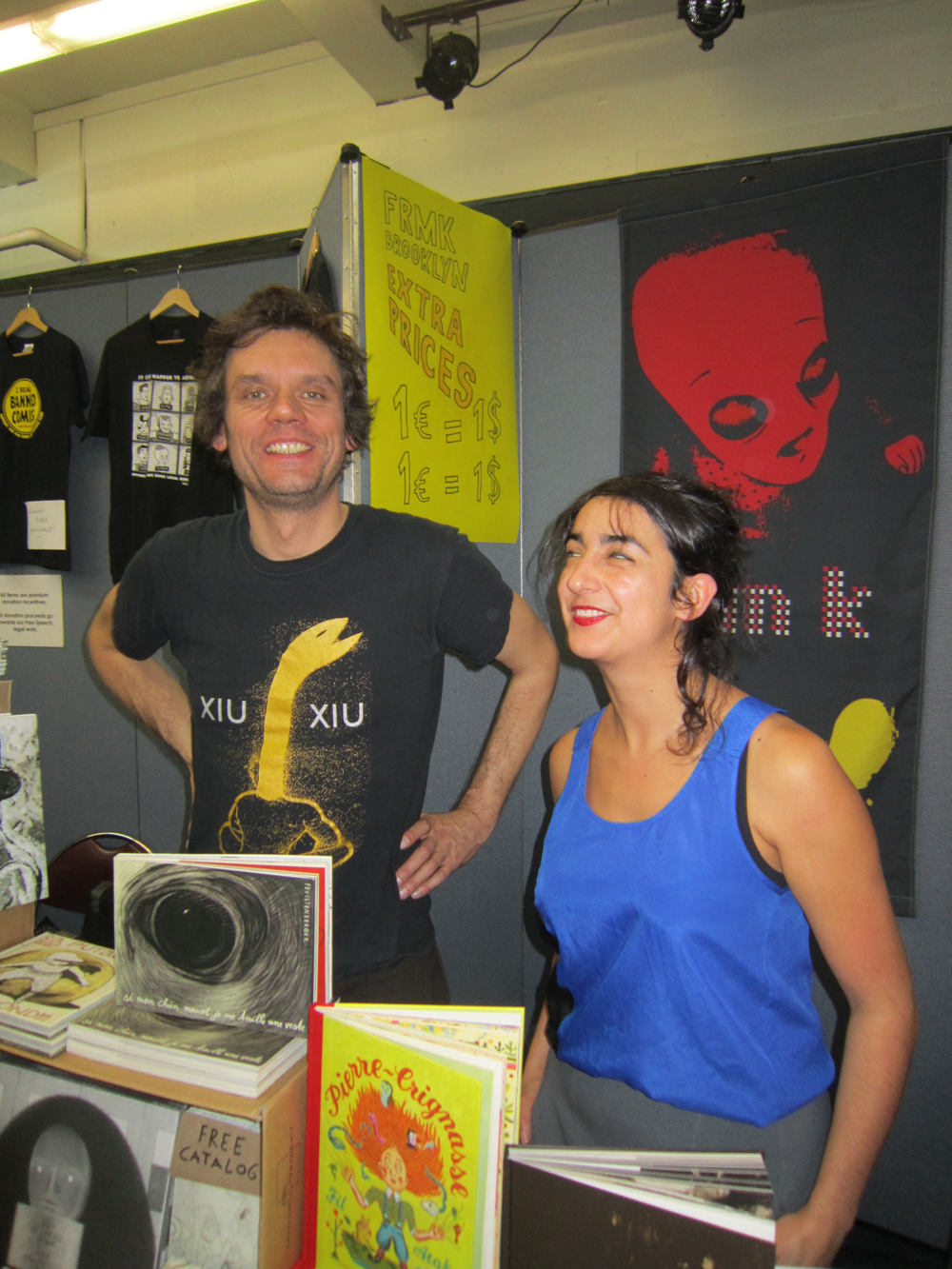 Joe Kessler at the Nobrow table! Will Librairie manager Jason ever forgive me for not snagging him a copy of the new Hilda book? 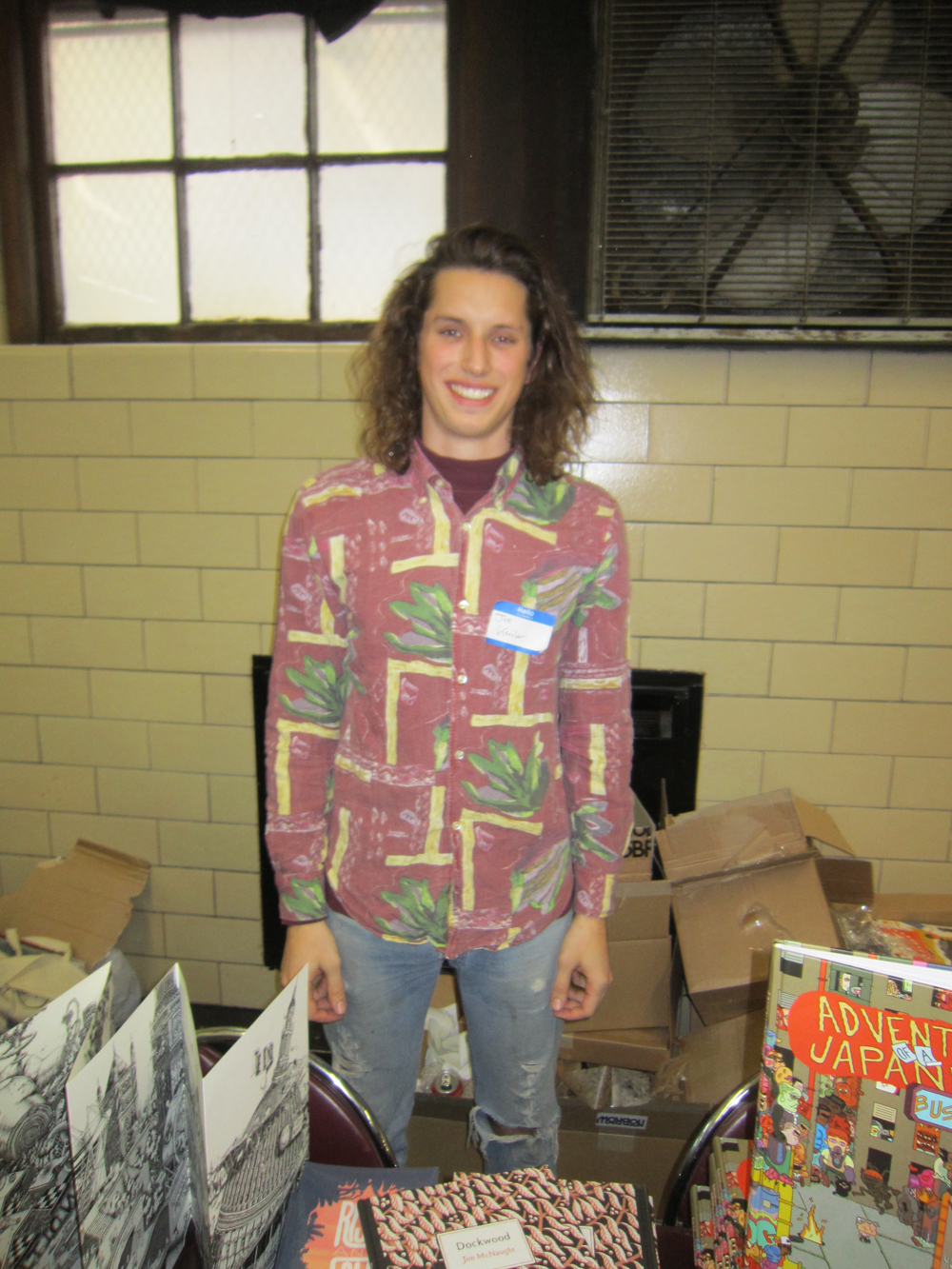 Jen Vaughn and Anna Pederson at the Fantagraphics table! 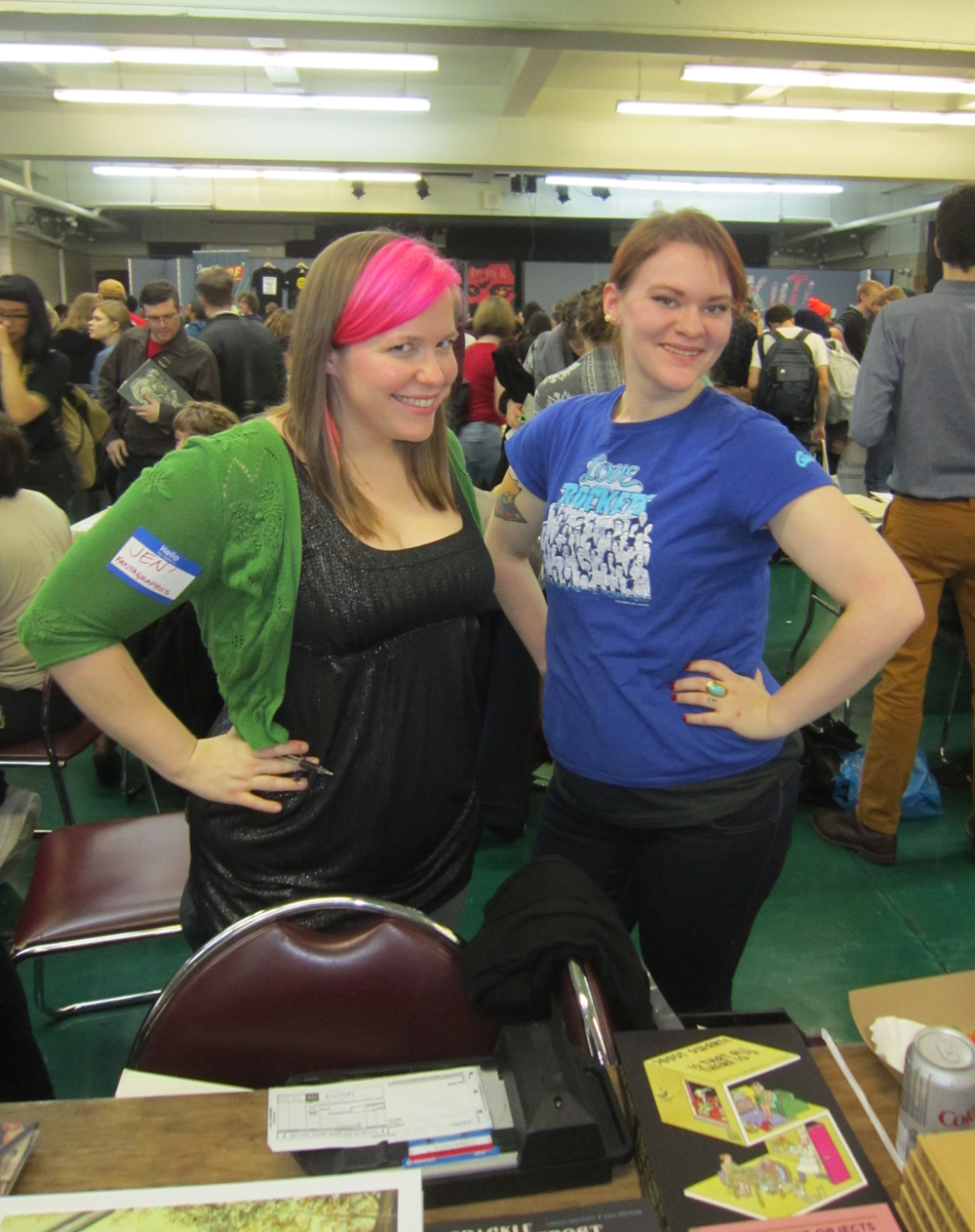 And lest I forget to mention, just across the aisle from us was the TOON Books booth! Peep these adorable stuffed animal versions of Benny, Penny, and Little Mouse. 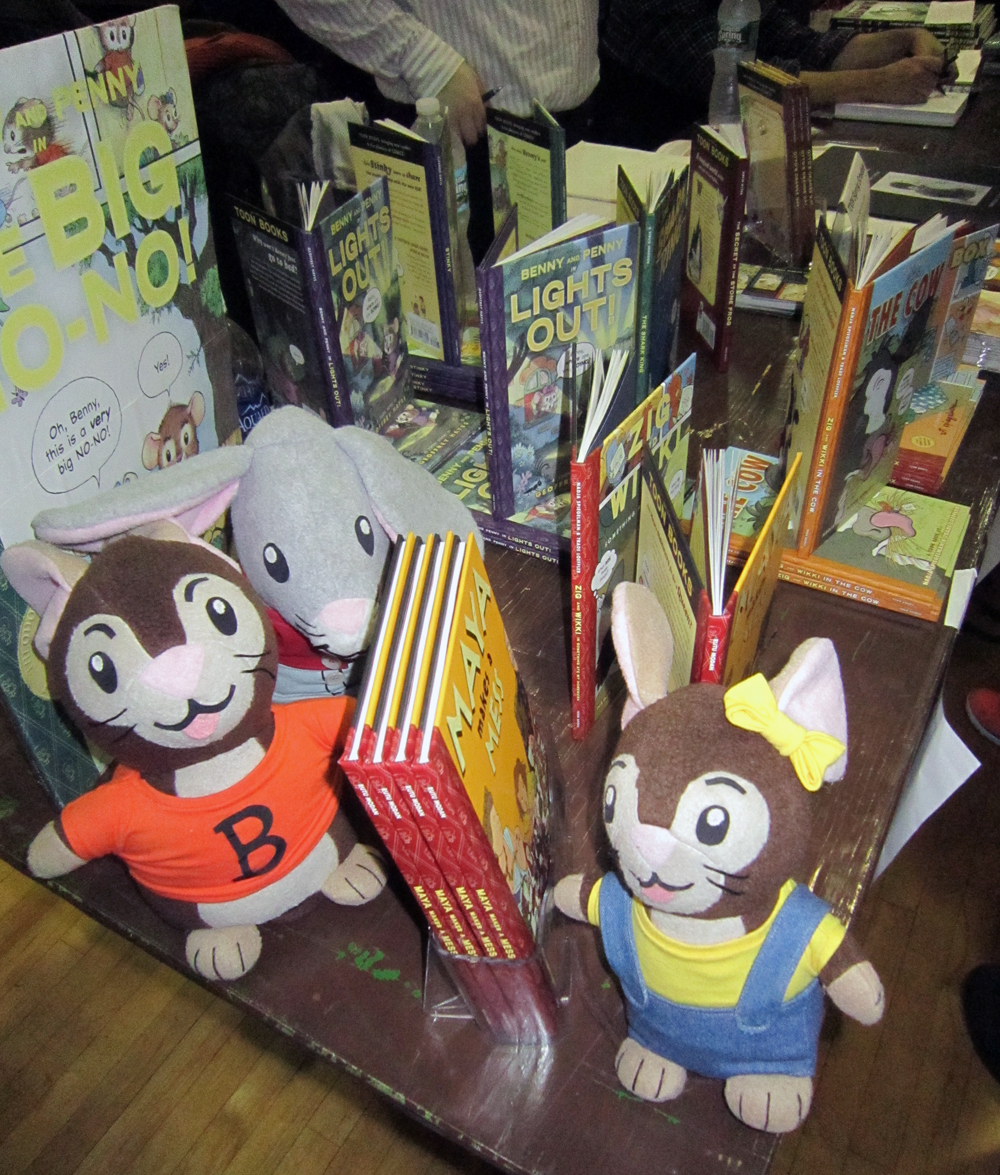 Midway through the afternoon, a huge line began to snake around their table, and when I popped over to check out their stock (and snap the above photo), I figured out why: Art Spiegelman was signing at their booth. 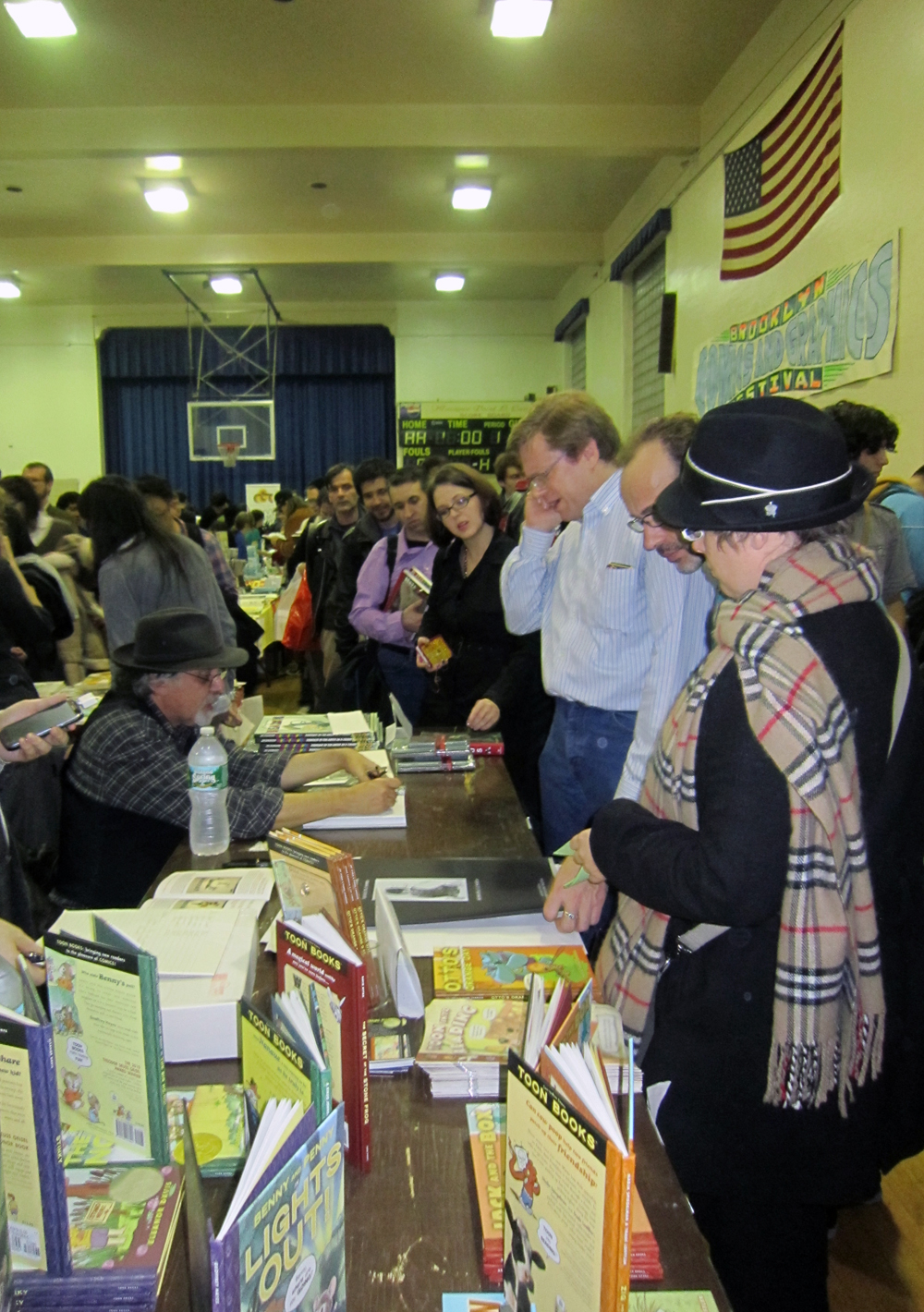 Finally, right when the table was starting to be embarrassingly bookless, the last visitor of the show was the charming Sara Varon. She is the best, you guys, and she stopped by with the best gift of all: a bag full of doughnuts from the Doughnut Plant. 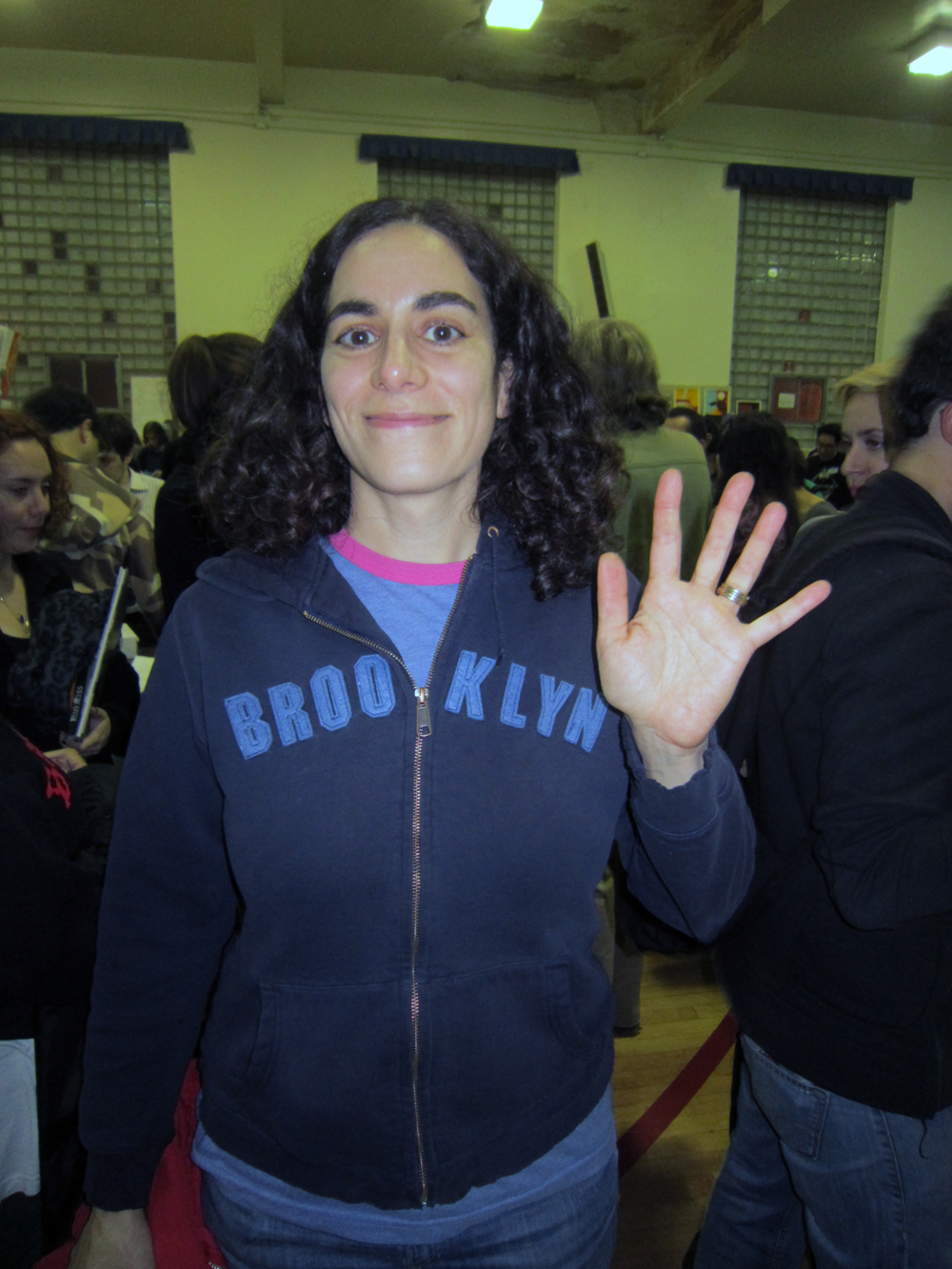 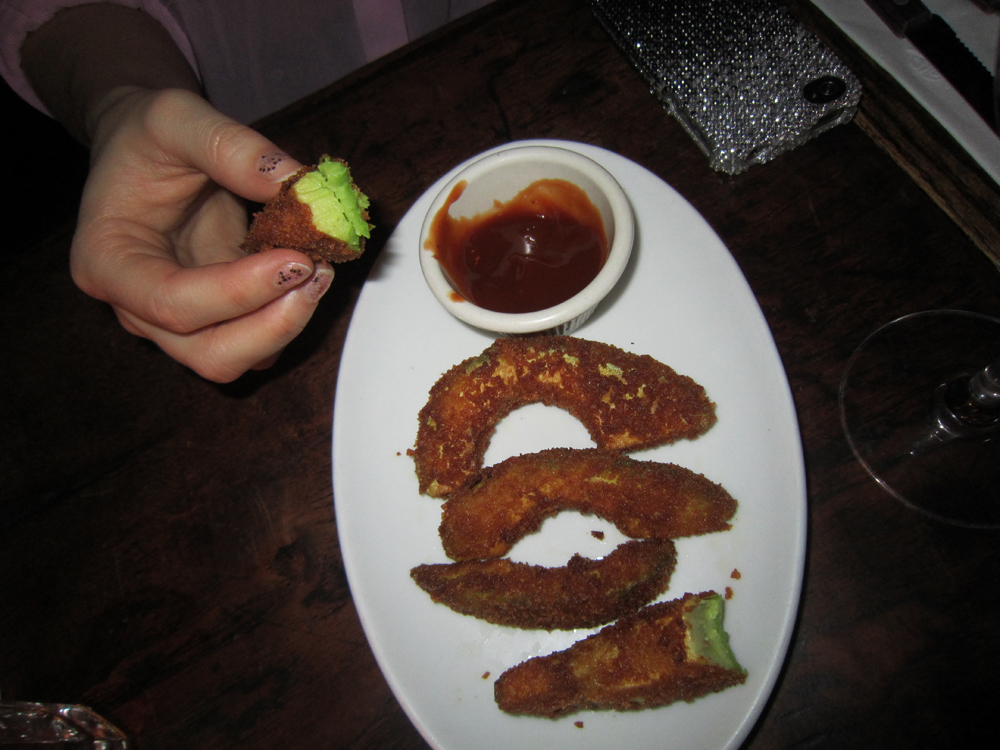 I guess you need buddies to eat your avocado fries with or something, so let’s see ’em. On the left there’s Jillian Tamaki, Anders, and Tom Spurgeon, and on the far side of the table we’ve got Anouk, Fiona, Sara Drake, and Adrian! I’m sorry that, with the power of technology, I have made all you beautiful people blurry and strange looking! 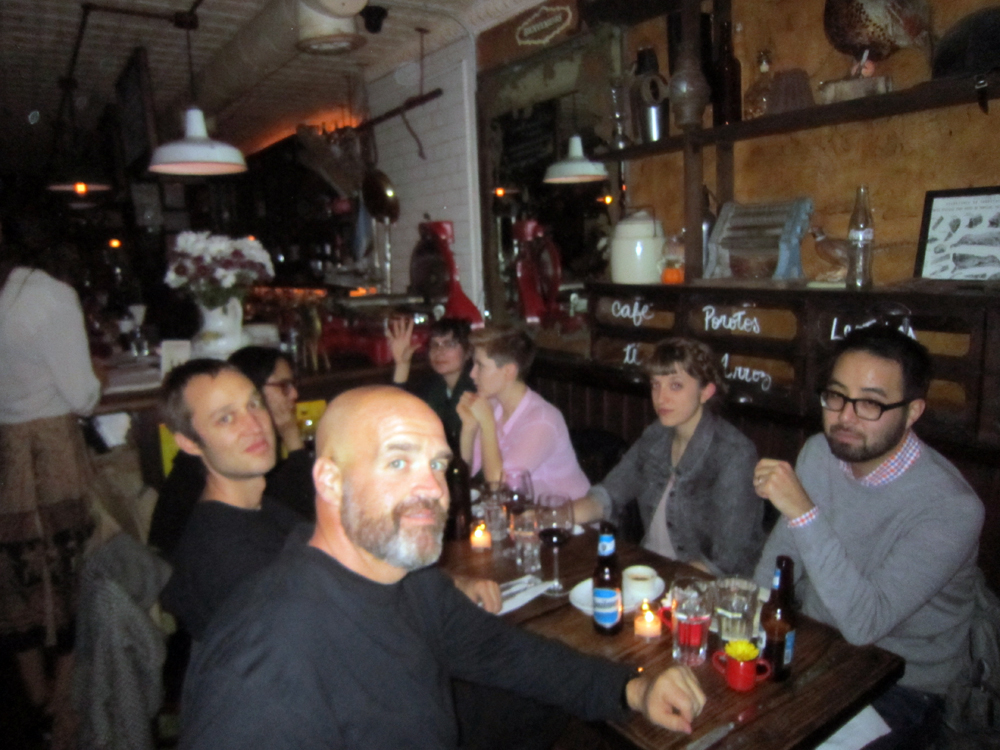 It was wonderful to spend a little time gossiping and catching up with everyone, and then bright and early Sunday morning, Anouk and I were off! During my stopover in Toronto, The Beguiling/Little Island Comics’s Peter Birkemoe met us at the airport, and we all stood around in the ferry terminal talkin’ comics. Look at the glasses on this fine duo! 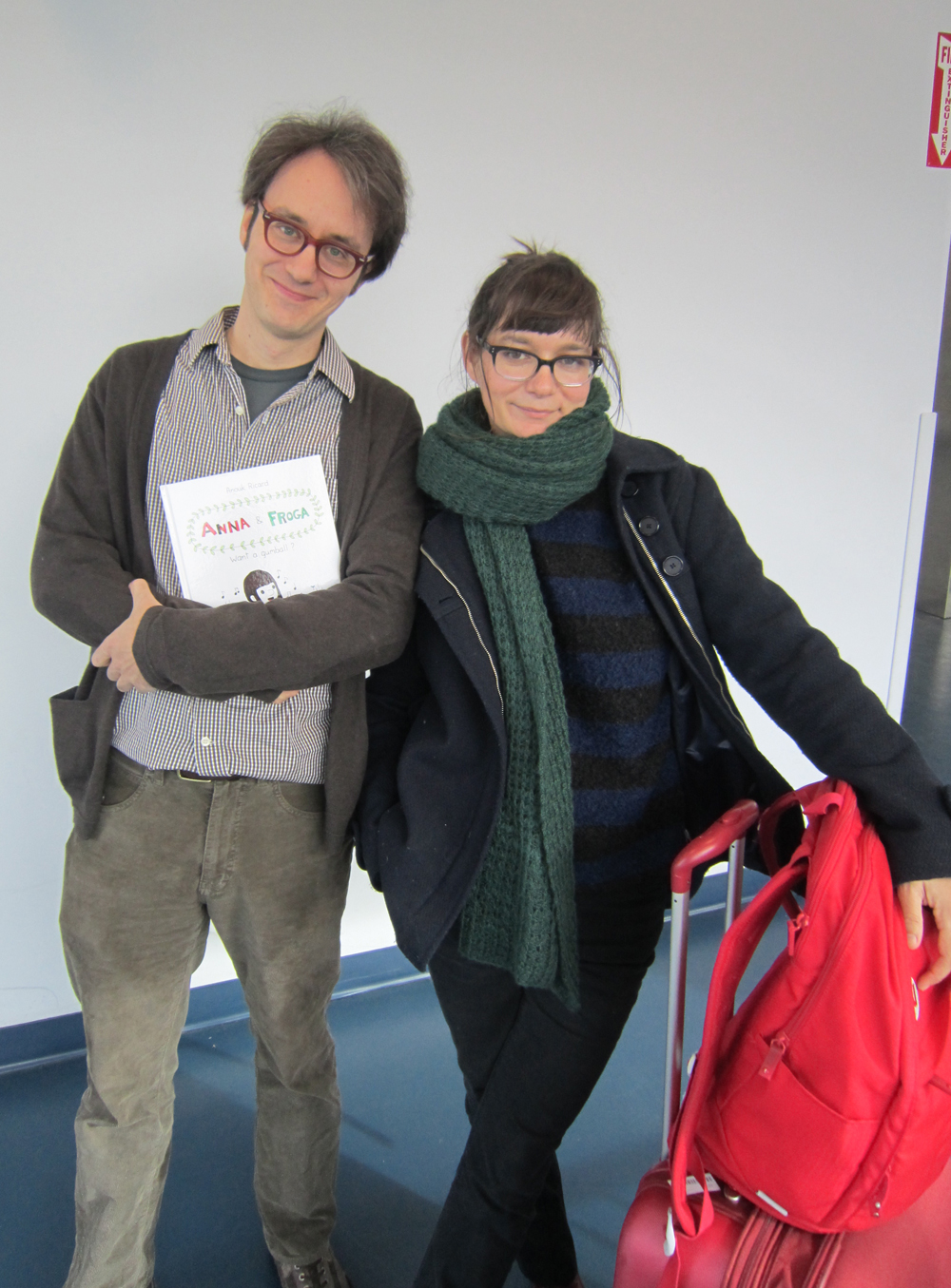 After that I got back on a plane and arrived in la belle ville de Montreal just in time to head down to our store’s fifth anniversary party at the Ukrainian Federation. Tom did the introduction, in front of a full house… 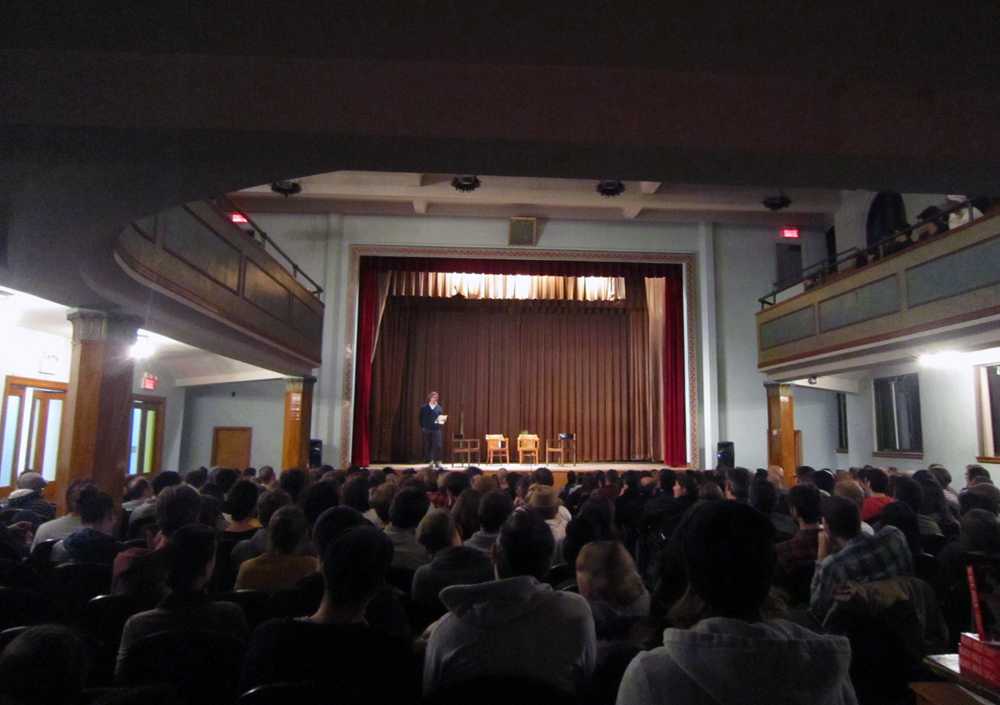 And then Melissa Bull, Charles Burns, Adrian Tomine, and Chris Ware took the stage, talking in depth about writing, drawing, and art-making. 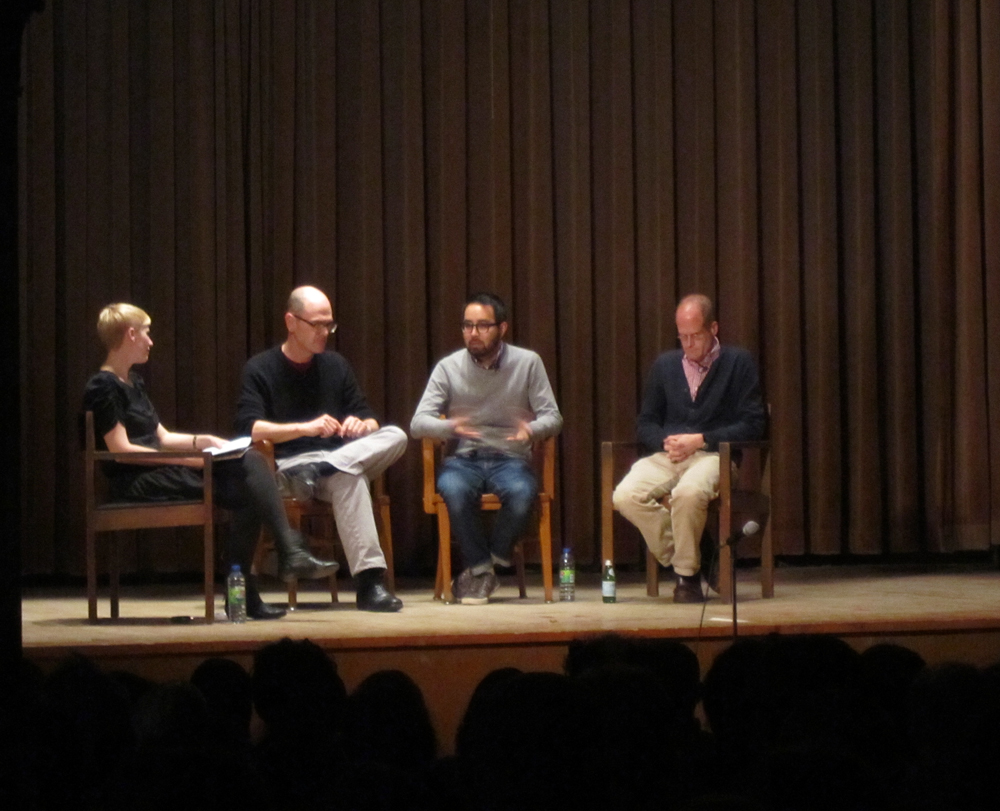 Now that, dear reader, is a weekend resplendent with comics. A big thank you to our A-list authors (Anouk, Adrian, and Anders) who signed at the table at BCGF, and to Bill Kartalopoulos, Dan Nadel, and Gabe Fowler for doing an always-durn-good job of organizing the show. Thank you also to everyone who came by the booth, looked at me, looked at Fiona, and said “Tom isn’t here?” Just kidding! Thanks to all the folks who came out and made it another awesome year! Hasta 2013, Brooklyn!

P.S. I promise there will be more photos from the Fifth Anniversary… soon?