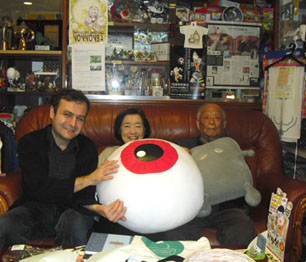 A few months ago word came from the fine folks at TCAF that they were organizing a small contingent of mostly Canadian cartoonists and publishers to travel to Japan to take part in Tokyo’s Kaigai Manga Festival. I gladly joined, knowing that this would likely be the only time that I’d get to meet two of D+Q’s most important Japanese authors in their home country.

Next up is Yoshihiro Tatsumi, the first manga-ka published by D+Q. A little over a decade ago, Adrian Tomine approached us with a proposal to edit an overview of Tatsumi’s most notable work. Thanks to Adrian, we’ve since published six books by Tatsumi, who is now regarded as one of the most important contemporary cartoonists in the world. Here’s Tatsumi drawing on the wall of his favorite restaurant, which he’s been visiting for the past 50 years. 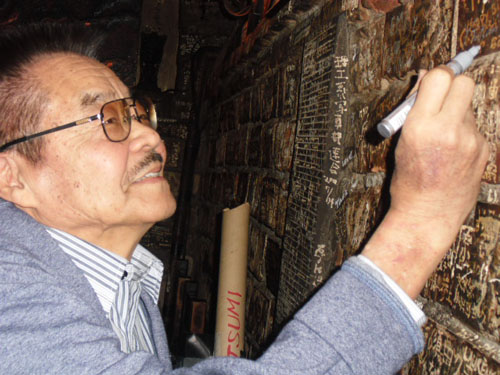 Mrs. Tatsumi at left was as delightful as ever (hard to believe that they’ve been married for 51 years!). Posing with them is Tatsumi’s translator from Fallen Words, Jocelyne Allen, along with one of TCAF’s founders (and organizer of this trip), Christopher Butcher. 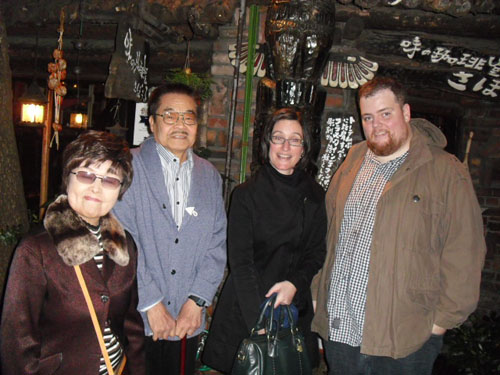 We were also joined by Asakawa Mitsuhiro, a manga editor in Tokyo who has played an instrumental role with many of the Gekiga books we’ve published. Asakawa may also be the only man alive who still has contact with the J.D. Salinger of Japanese comics (that would be Yoshiharu Tsuge), yet sadly even the magic of Asakawa can’t convince Tsuge to allow published translations to happen. 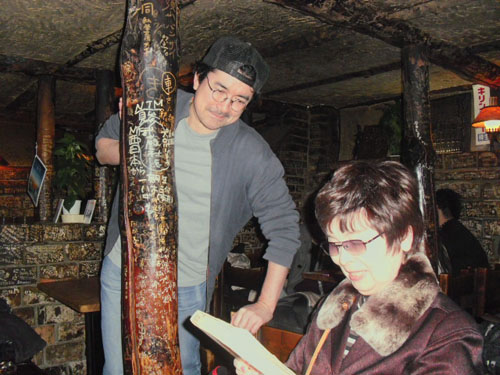 Later in the evening Tatsumi unveiled his latest masterwork: part two of his monumental autobiography, A Drifting Life. A lot of people have been asking about this (after all, part one ends in 1961, so what happened next?) and Tatsumi states that he is nearing completion. About half of the book is inked and the other half is still in rough pencil form. Finishing another 200 pages between now and next summer? Plenty of time for the 77 year old Tatsumi. 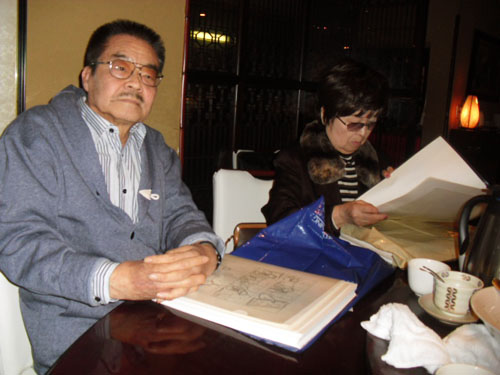 I went through all 400 pages thus far and it’s great to see that Tatsumi is still at the top of his game, even in his 7th decade as a working cartoonist. 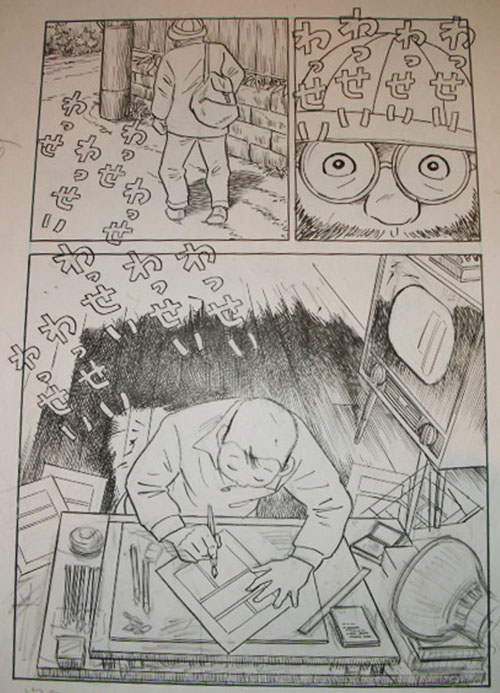 Like the original volume, this book is part memoir, part historical overview of events that occurred in Japan during Tatsumi’s lifetime. Apparently, he speeds up the pace in this new volume, covering over 50 years and bringing us to the present day. 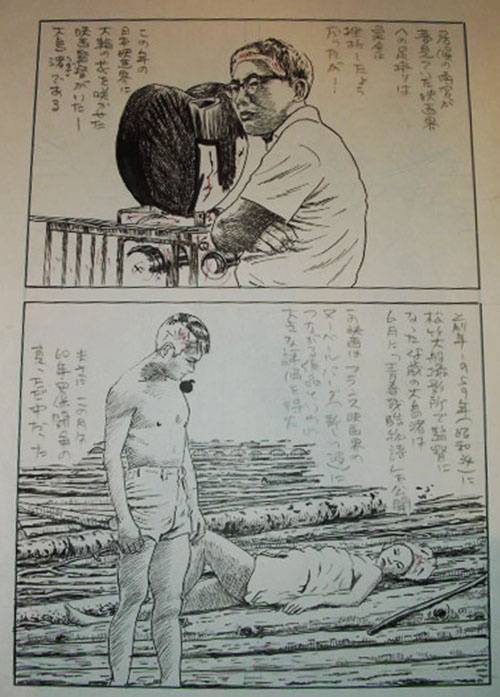 Does this mean that Adrian will be making an appearance in the book?! 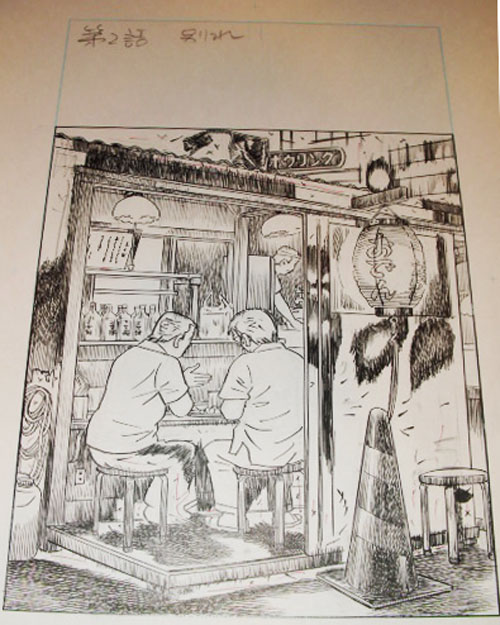 Finally, on Sunday we all set up at the Kaigai Manga Festival. At left is TCAF organizer Andrew Woodrow Butcher (he is also manager of one of North America’s only kids-centric comic shop, Little Island Comics). Next to him is the Beguiling’s Peter Birkemoe, who had the idea of bringing a bunch of Nipper overstock in his luggage to to unleash on hordes of Japanese comics fans. 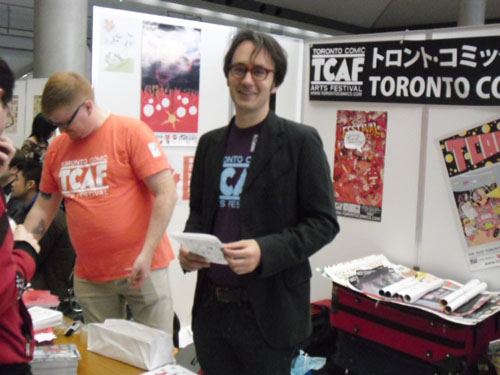 And, as always, Peter’s retailer instincts are always on the mark: like magic, piles of Nipper were flying off the table. It only took two words (spoken by Peter in pretty good Japanese) to cast the spell: “Canada’s Peanuts.” With that, everyone who walked by the table were immediately on board and all copies (shown below at beginning of show) were sold out within a couple of hours. *Who would have thought that the title of this blog post (“Big In Japan”) refers to Nipper?! Looks like we’ll be planning for a life-size Nipper vinyl figure to debut in Japan by this time next year. 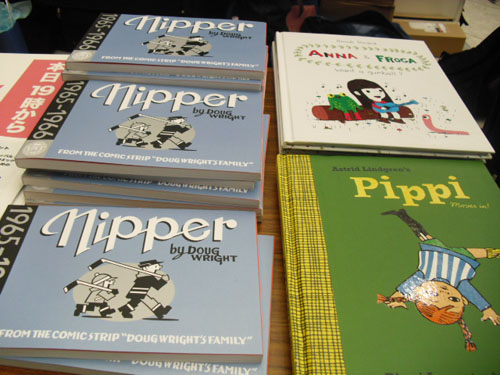 Longtime D+Q cartoonist Maurice Vellekoop was on hand to sign copies of his books (one of his first strips, “Homoman,” was published by D+Q almost 23 years ago). 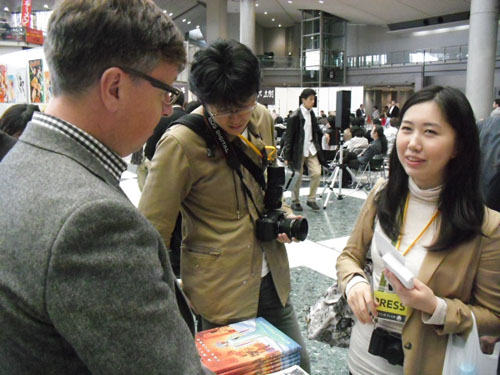 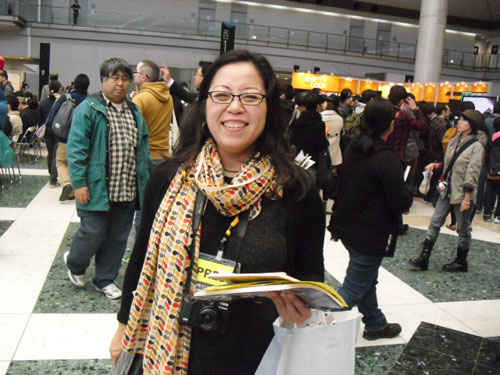 And Koyama Press, one of the best indy comics publishers around, was also on board, represented by Helen Koyama (Annie’s sister), along with her two sons, Robin (shown here) and Daniel Nishio. What better way to end a convention? 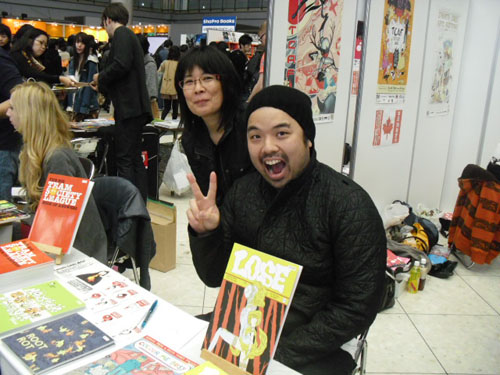 “It’s obligatory to eulogize the recently departed by saying that they were gracious and humble, but with Tatsumi it was true.…

It with a heavy heart that we post the news of Yoshihiro Tatsumi’s death this past Saturday on March 7th, at…