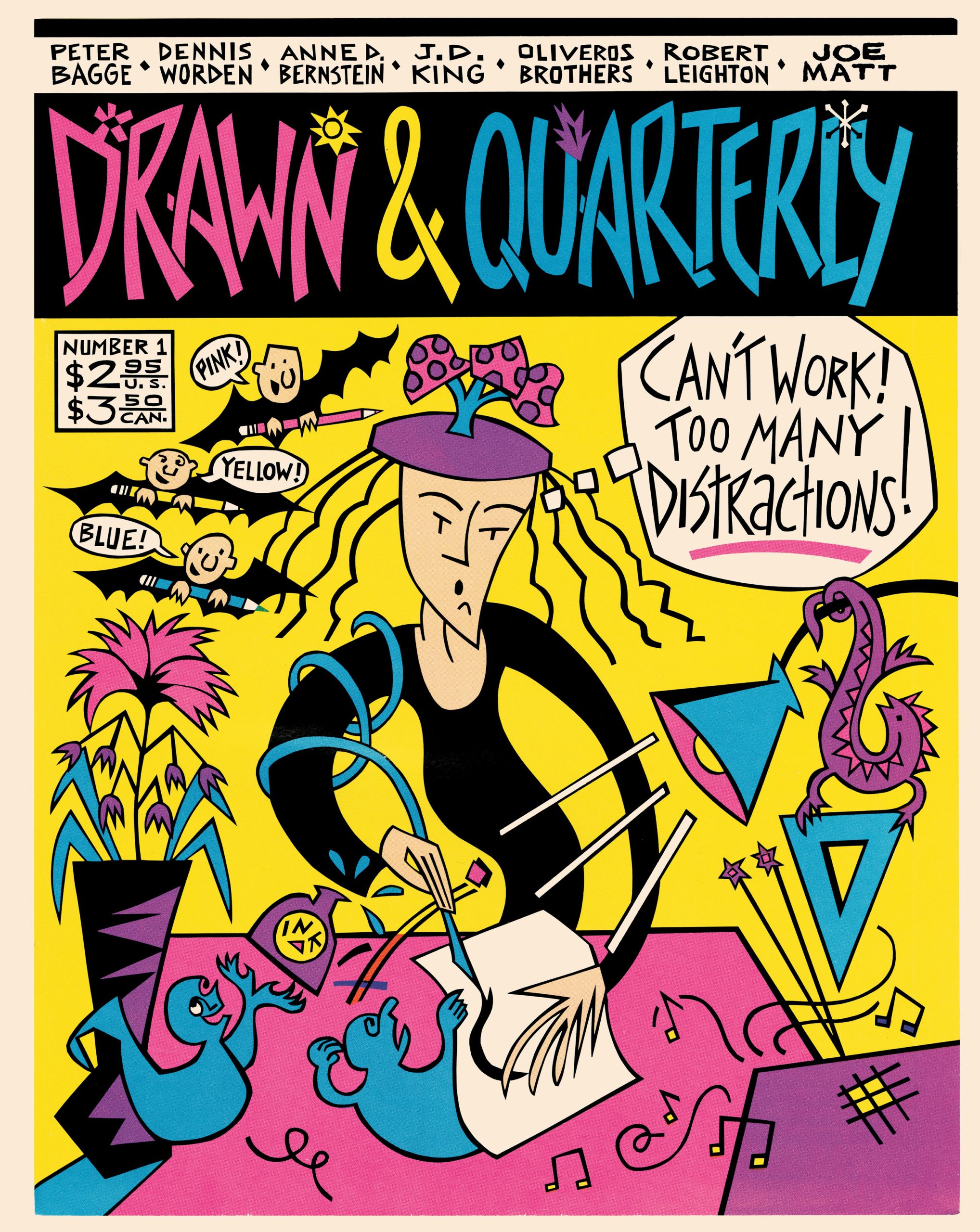 Anne D. Bernstein was one of the cartoonists who answered a “call for submissions” I placed on the back page of a New York weekly paper in 1989, just as D+Q was starting out. I’m pretty sure one of the samples she sent was the hilarious “Out of Control Fantasy Comics,” which I absolutely loved.

In fact, I was so impressed with her work that I asked her if she could also draw the cover for the first issue of Drawn & Quarterly. A few more short comics followed, including “Househunting” and “The Luckville Nearly New Shop,” both outstanding examples of her distinctive graphic style and her perceptive, nuanced writing. Not surprisingly, she soon went on to enjoy a successful and lengthy career first as an editor for Nickelodeon magazine and later as writer on a multitude of high-profile animation projects. I’m really grateful that I had the chance, however briefly, to work with Anne. She’ll be sorely missed.

Here are Anne’s contributions to the original D+Q anthology periodical: