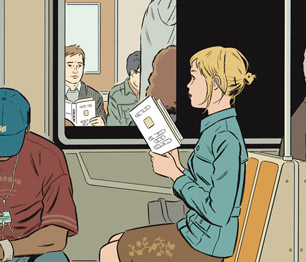 I think this says it all, but come out!

I think this says it all, but come out! 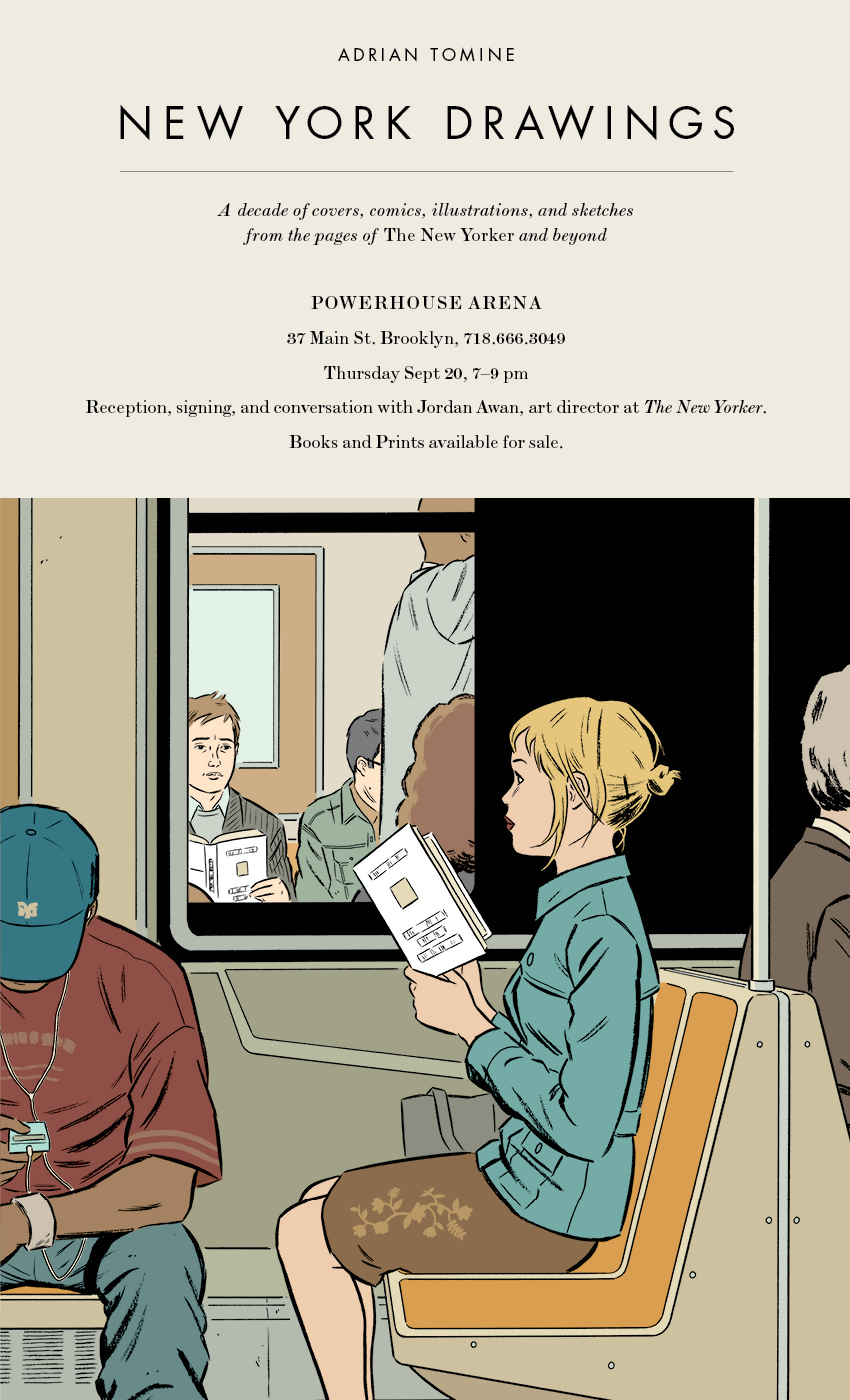 Tonight Adrian Tomine launches this (man-oh-man-is-it-ever) beautiful collection of illustrations, New Yorker covers, and other artwork produced during his first eight years living in New York City. The launch was spotlighted in the New Yorker and in Time Out New York (nbd), but I think the Village Voice shout-out from Rob Staeger says it best:

“Adrian Tomine frames the action of his comics with crisp simplicity, his assured storytelling unveiling hidden layers of character. His illustrations, on the other hand, reveal their depths in a single image— witness the tension on a 2008 New Yorker cover between a bookstore owner and his neighbor as she accepts an Amazon delivery.”

Adrian will be in conversation with Jordan Awan, an art director at the New Yorker, after which he’ll be signing books. Full event details on the powerHouse site, and did I mention there’s an exhibit of some absolutely gorgeous prints of Adrian’s work on RIGHT NOW at the powerHouse arena? So come on out, listen to some good stories about working for the New Yorker, and get your books signed. No one does it better than Adrian!