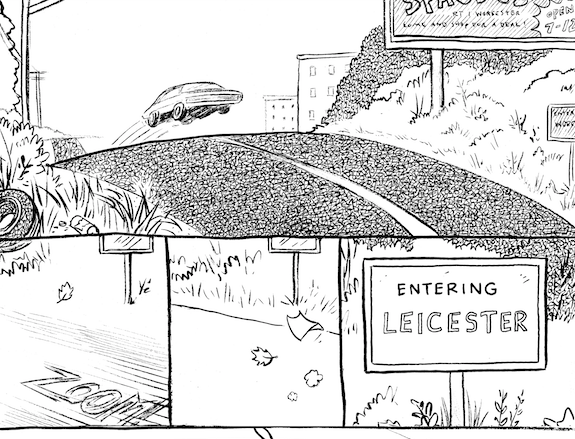 Travis Dandro will be giving a talk about his debut graphic memoir King of King Court at the Leicester Public Library, from 6 to 8 pm on Thursday March 26th. King of King Court  recounts growing up with a drug-addicted birth father and overwhelmed mother in Worcester and Leicester, Massachusetts. It is an official nomination for the 2020 YALSA Alex Awards and a 2020 YALSA Great Graphic Novel for Teens. The talk will be followed by a signing and King of King Court will be available for purchase.