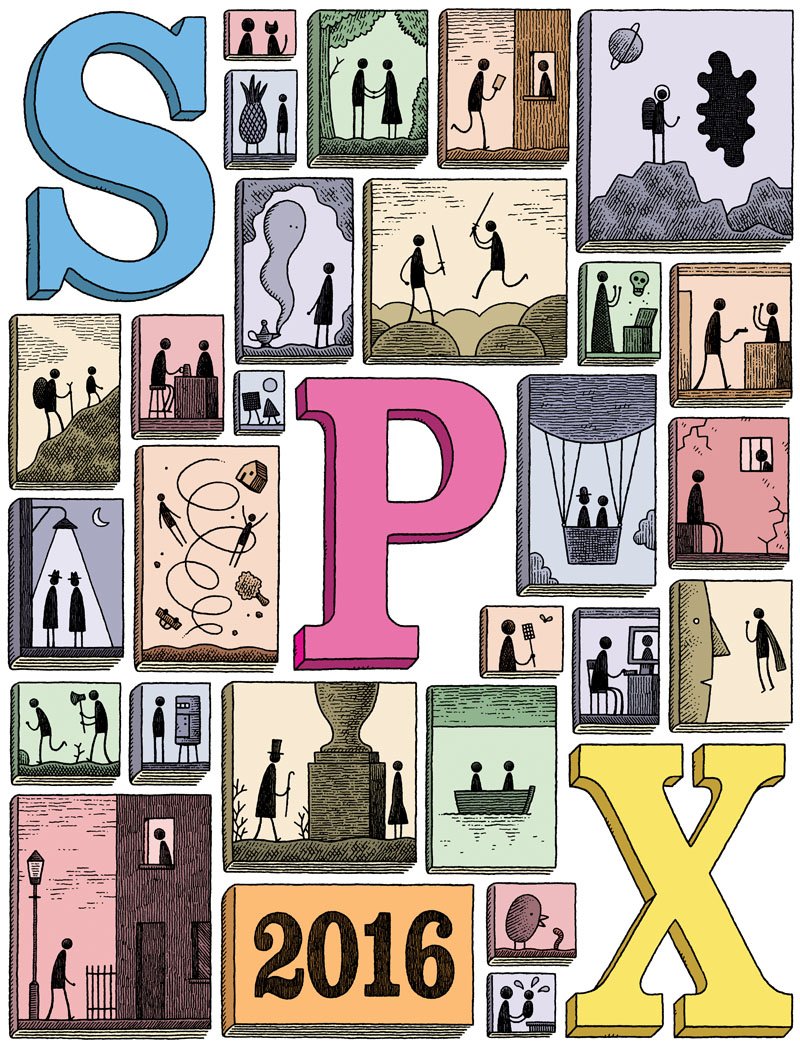 D+Q will be exhibiting at SPX this year, and we have some very special guests joining us: Tom Gauld (all the way from London, England, and debuting Mooncop), Pascal Girard (debuting Nicolas), Sarah Glidden (debuting Rolling Blackouts: Dispatches from Turkey, Syria, and Iraq), and Lisa Hanawalt (Hot Dog Taste Test). Please note that Sarah Glidden will be present for Saturday only.

Catch 'em at our booth (W1-4), along with some shiny debuts including Rolling Blackouts, Cheap Novelties, Nicolas, Mooncop, A Walk in Eden, and Kitaro Meets Nurarihyon.

All signings take place at the D+Q Booth.

Comics journalism is a form of journalism crafted by Joe Sacco in his award-winning graphic novels (Palestine, Safe Area Goražde, Fixer, Footnotes in Gaza, The Great War) and explored in depth by Sarah Glidden in her new release, Rolling Blackouts. Join these two amazing comics creators as they discuss the intersection of storytelling and fact, and how they report on humanity’s history and current events through the medium of comics. Moderated by Matt Bors of The Nib.

The words “comics” and “comedy” both trace their roots back to the same Ancient Greek term for “humorous,” and “funny stuff” has been a major part of comics since its earliest days.  In this panel discussion, three internationally-based creators of the comedic comics form—Glen Baxter, Roger Langridge and Tom Gauld—talk about what makes things “funny.” The panel will be moderated by Michael Cavna, the comics journalist and critic behind the Washington Post’s popular web site, Comic Riffs.

3pm — Spotlight on Lisa Hanawalt in the White Oak Room

From her days as a member of Pizza Island to her latest graphic novel Hot Dog Taste Test, Lisa [Hanawalt] has always brought a uniquely comedic turn to her beautifully rendered illustrations and comics. The outrageously funny Lisa Hanawalt sits down with NPR contributor Glen Weldon to talk about her career as a comics creator, illustrator, and the production designer and producer of Bojack Horseman.

R. Sikoryak brings the Comics Carousel, a wild ride of live performances and readings from comics greats to SPX this year to amaze and excite everyone’s senses! This long-running performance series will bring together a once in a lifetime, all star lineup of Sophie Goldstein, Pascal Girard, Jeffrey Brown, Roger Langridge, and Carol Tyler to make comics magic happen before your very eyes! Don’t miss out!

In addition, our fabulous D+Q authors have been nominated for the Ignatz Awards! A celebration of outstanding achievement in comics and cartooning, the Ignatz (named after George Herriman's brick-wielding mouse) recognizes exceptional work that challenges popular notions of what comics can achieve, both as an art form and as a means of personal expression. Congratultions to our wonderful and talented authors! These nominations could not have been more deserved.