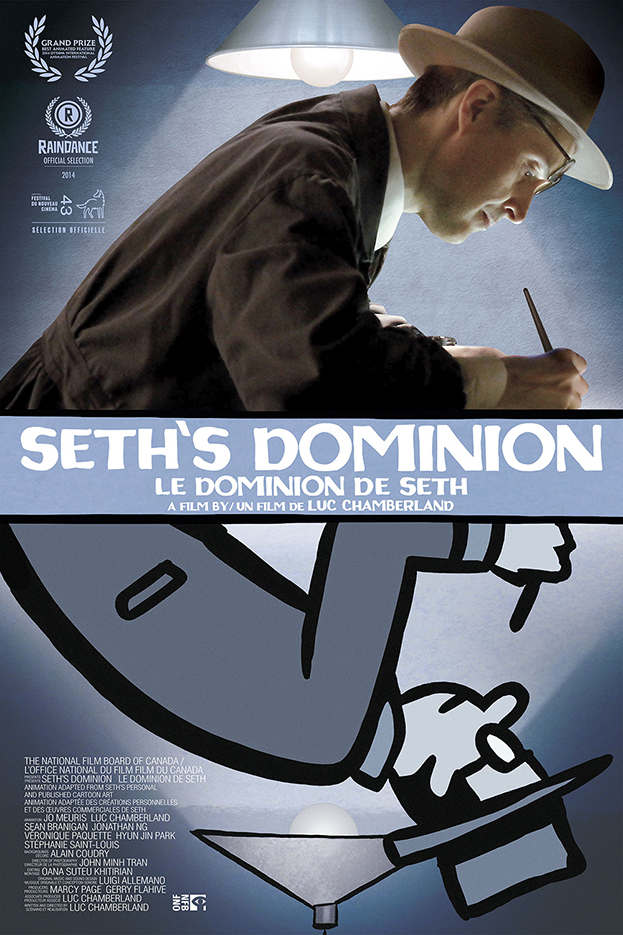 Seth's Dominion, directed by Luc Chamberland, is a hybrid documentary/animation film exploring the life of master cartoonist Seth. The film won the Grand Prize for Best Animated Feature at this year's Ottawa International Animation Festival and had an international debut at London's Raindance Festival. Now, Seth's Dominion is coming to Montreal, with multiple screenings this month both at Cinema du Parc and as part of the Festival du Nouveau Cinema.

Seth's Dominion starts at Cinema du Parc on Monday October 20th for four nights only, with screenings every night at 6:45 pm. Tickets can be purchased on Cinema du Parc's website or at their box office.