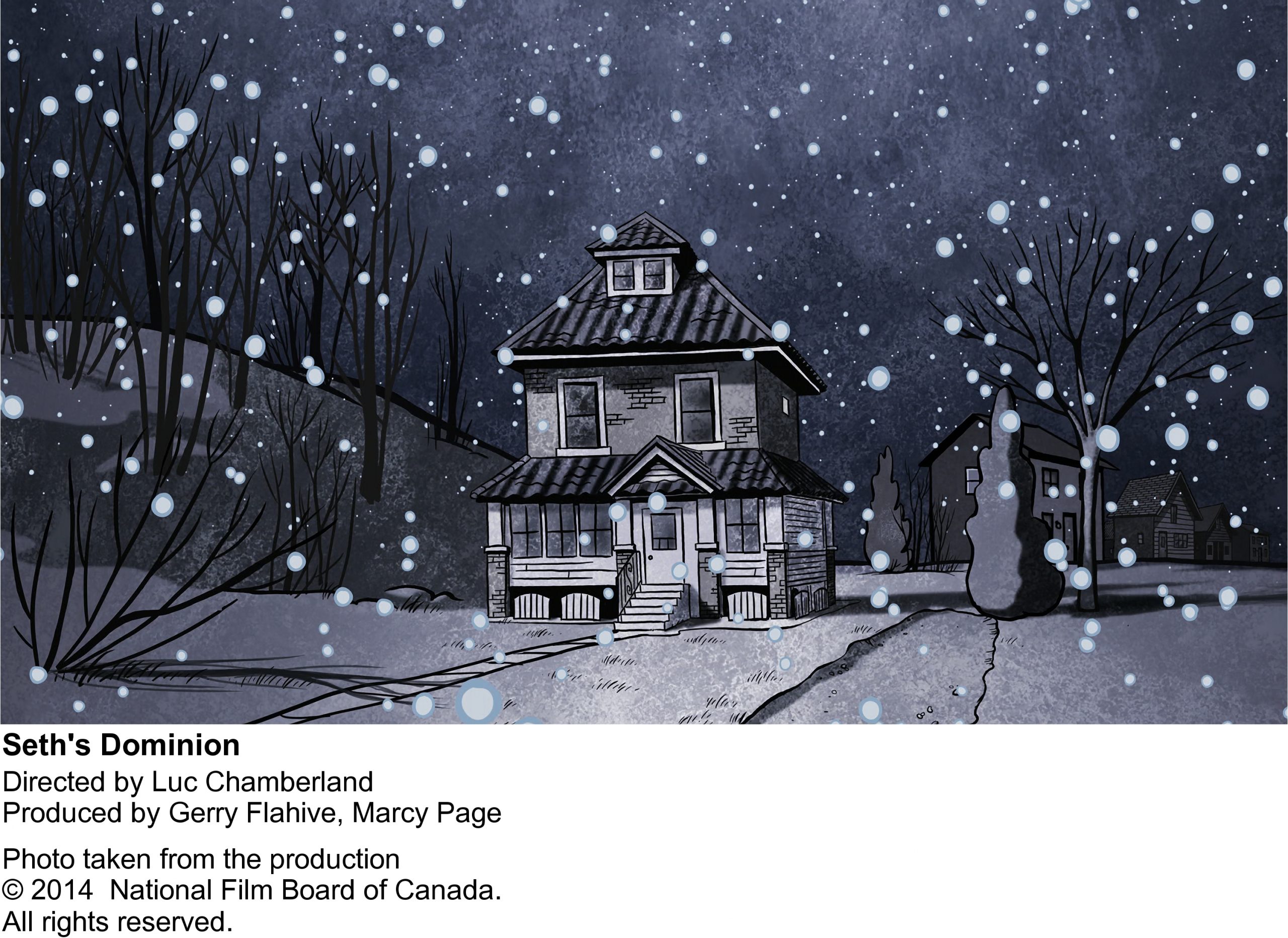 Seth's Dominion is screening all over Canada - first at the Hot Docs Festival in Toronto, and then in London, ON; Winnipeg, MB; Regina, SK; and Windsor, ON!

Memory and how it moulds us rests at the heart of Luc Chamberland’s delightful film Seth’s Dominion, which celebrates the Canadian cartoonist known as Seth. “You’re not aiming for the detail so much as the overall feeling,” Seth says of his artistic process. Through moving animated vignettes that are narrated by Seth himself, the stillness of the comic book page is brought to life as we are given a window into Seth’s inner world. Childhood moments are captured with emotional vividness, while a late night stroll lost in thought is evoked with intimate attention to detail. We also learn of Seth’s manifold side projects, including his 1950s city of Dominion—an idiosyncratic cardboard creation 10 years in the making. Dotted with warm testimony from cartoonist friends Joe Matt and Chester Brown,Seth’s Dominion provides a thoughtful portrait of a man who, like so many of his comic character creations, wrestles with a present that’s constantly moving into the past.