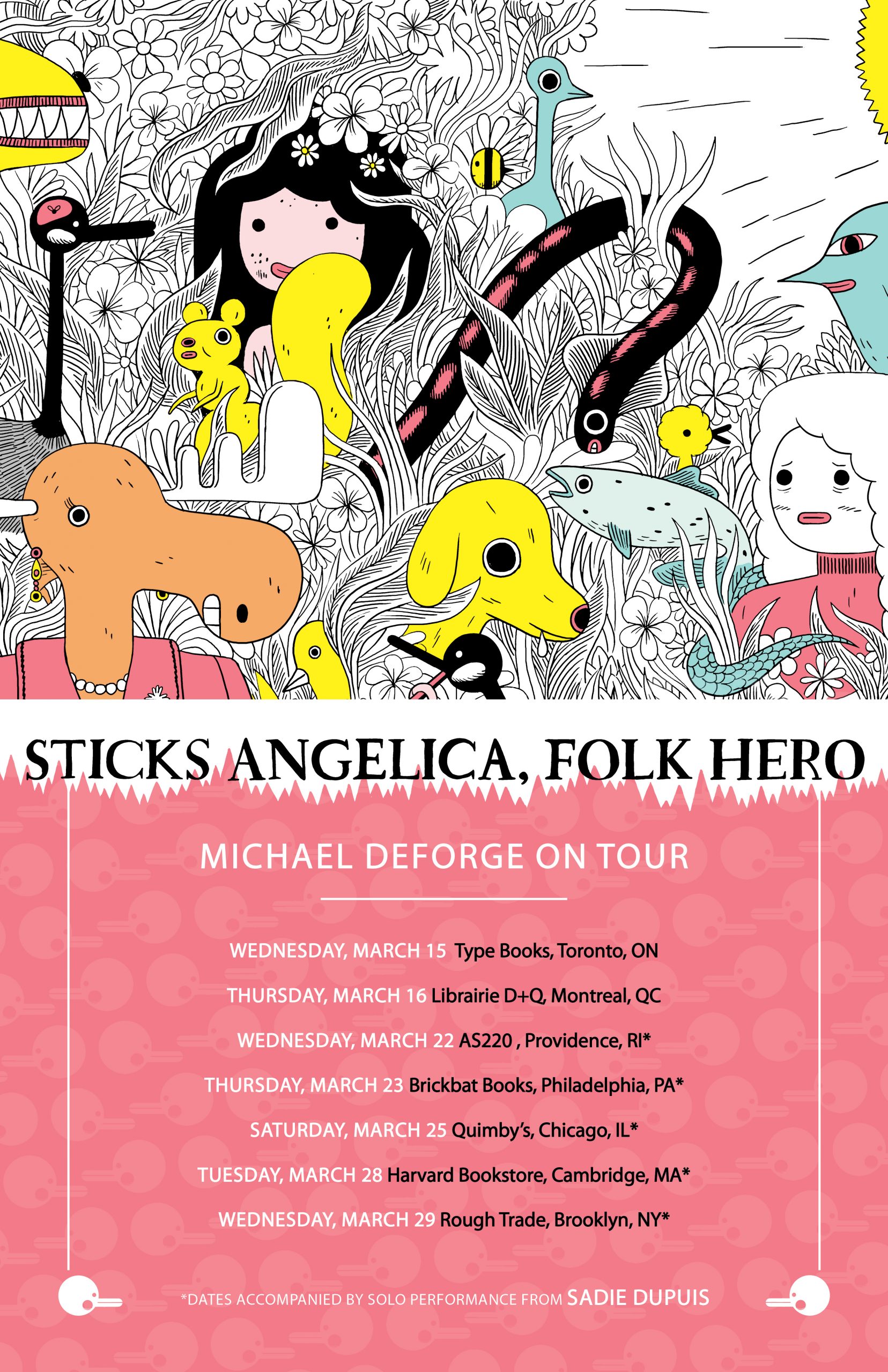 Michael DeForge will be on tour his latest release, Sticks Angelica, Folk Hero, with stops in Toronto, Montreal, Providence, Philadelphia, Chicago, Cambridge, and Brooklyn! Sticks focuses on the titular character of Sticks Angelica is, who, in her own words, is”49 years old. Former: Olympian, poet, scholar, sculptor, minister, activist, Governor General, entrepreneur, line cook, headmistress, Mountie, columnist, libertarian, cellist." After a high-profile family scandal, Sticks escapes to the woods to live in what would be relative isolation were it not for the many animals that surround and inevitably annoy her. Sticks Angelica plays with autobiography, biography, and hagiography to look at how we build our own sense of self and how others carry on the roles we create for them in our own personal dramas.

Michael will be joined by musician Sadie Dupuis (Sad13, Speedy Ortiz) for the American stretch of his tour. She will play a solo set following the reading.