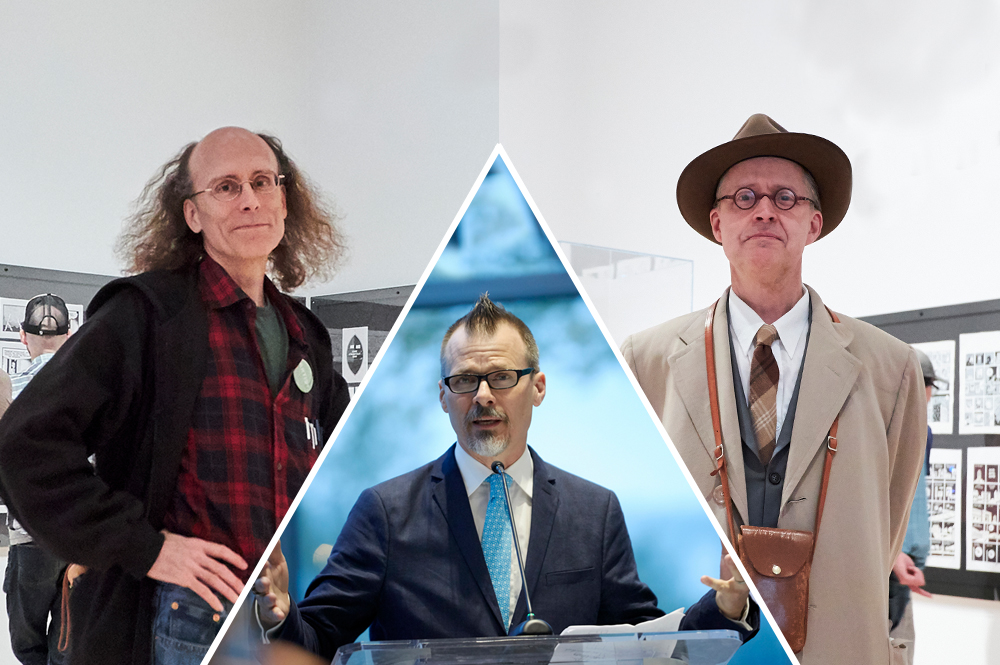 PAST EVENT
Comics in Conversation: Chester Brown and Seth (Moderated by Joe Ollmann)

The graphic novel has evolved significantly over the last three decades, and some of this evolution can be connected to the contributions of both Seth and Chester Brown, two of the most recognized names in comics.

Chester Brown’s Louis Riel: A Comic Book Biography demonstrated new modes for historical narrative: Seth’s Palookaville, a comic series initiated in 1991 has spawned multiple award-winning publications, including It’s a Good Life if You Don’t Weaken, and Clyde Fans (screening at the AGH Film Festival on Sunday, October 20). These two authors will reflect on how comics are able to support autobiography, nostalgia, politics, and other themes. Moderated by THIS IS SERIOUS: Canadian Indie Comics co-curator and comics author Joe Ollmann.