The story begins with a mother's confession...sisters permanently separated by a border during the Korean War

Keum Suk Gendry-Kim was an adult when her mother revealed a family secret: She had been separated from her sister during the Korean War. It’s not an uncommon story—the peninsula was split across the 38th parallel, dividing one country into two. As many fled violence in the north, not everyone was able to make it south. Her mother’s story inspired Gendry-Kim to begin interviewing her and other Koreans separated by the war; that research fueled a deeply resonant graphic novel.

The Waiting is the fictional story of Gwija, told by her novelist daughter Jina. When Gwija was 17 years old, after hearing that the Japanese were seizing unmarried girls, her family married her in a hurry to a man she didn't know. Japan fell, Korea gained its independence, and the couple started a family. But peace didn’t come. The young family of four fled south. On the road, while breastfeeding and changing her daughter, Gwija was separated from her husband and son.

Then seventy years passed. Seventy years of waiting. Gwija is now an elderly woman and Jina can’t stop thinking about the promise she made to help find her brother.

Expertly translated from the Korean by the award-winning translator Janet Hong, The Waiting is the devastating followup to Gendry-Kim’s Grass, which appeared on best of the year lists from the New York Times, The Guardian, Library Journal, and more. 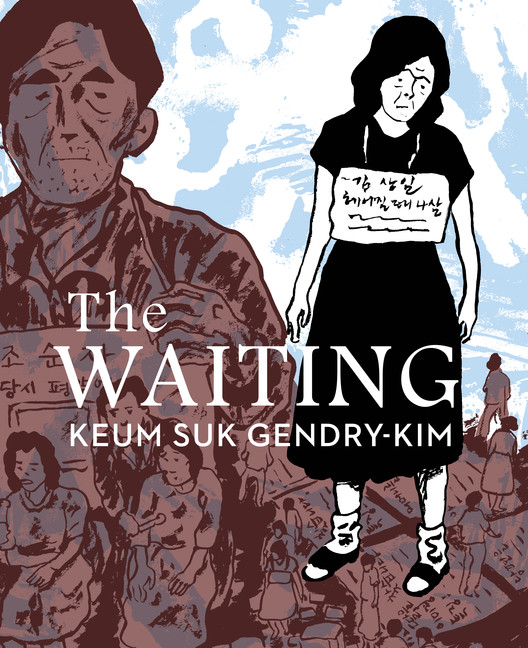 "The Waiting... continues Gendry-Kim's unflinching portrayal of the displacement caused by war, migration, and bias."—NPR

"A testament to the generational familial trauma that is wrought by colonialism, political strife and war."—Karla Strand, Ms Magazine

"When [The Waiting's] scope shifts to the effects of war and displacement, the narrative reaches new depths and reveals unexpectedly moving notes."—Tobias Carroll, Words Without Borders

"The Waiting suggests not only the traumas but also the mutability of history... reveal[ing] both memory and art-making as processes. Nothing is fixed, Gendry-Kim is suggesting. We only know ourselves from the bits of information we have been allowed to have."—David Ulin, The Los Angeles Times

"Hope endures through terrible sorrows in this gloriously rendered graphic novel saga of the Korean refugee experience."—Publishers Weekly, Best of 2021

"The author of Grass works another miracle with this semi-autobiographical tale of a family separated by conflict... Keum takes the reader inside some of the human heart’s most inaccessible chambers, places that are all but closed to most visitors – and yet she does so almost casually, the stark economy of her drawings no guide at all to their lasting emotive power. What a talent she is."—Rachel Cooke, The Guardian

"One of the most moving graphic novels of the year."—BookPage

"A remarkably empathic tour-de-force crafted around testimony by Gendry-Kim’s mother and other Koreans who long to reunite with family in the North."—Library Journal, Starred Review

"Gendry-Kim’s black-and-white art adds to the stark emotional impact of her story."—BuzzFeed Books

"Janet Hong’s masterful translation captures every nuance of emotion, the pain and heartbreak of this history."—Bookriot

“How can black and white drawings do this, you might ask. But maybe only black and white drawings can do this—Gendry-Kim offers us here a glimpse of the heart of a woman who has lost more than some might ever find, and who has never given up her love, if not her hope. The Waiting is a stunning achievement, and a testament to the power of her artistry. Not a line or word feels out of place.”
—Alexander Chee, author of How to Write an Autobiographical Novel

“The Waiting is a moving, beautifully drawn, masterfully told reflection on how history imposes itself, scatters people, and leaves so many lives unresolved.”—Joe Sacco, author of Palestine

"This family portrait reveals in heartbreaking detail the impacts of colonization and political upheaval that reverberate for generations."—Publishers Weekly, Starred Review

"A story of colonization and political unrest whose ripples echo through so many portions of today’s history, this graphic novel followup to Gendry-Kim’s Grass is guaranteed to give readers as much perspective from her storytelling as it does awe with her staggeringly affective inks and unpredictable layouts."—Polygon

The Waiting... continues Gendry-Kim's unflinching portrayal of the displacement caused by war, migration, and bias.

The Waiting, Tunnels among Forbes' Best of 2021

Inspired by her own family’s history and the accounts of other separated Korean families, Keum Suk Gendry-Kim has crea...

The Waiting is one of Chicago Public Library's "Best Books"