A brilliant and suspenseful follow-up to the Booker-nominated graphic novel Sabrina.

"Every single person has something unique to them which is impossible to re-create, without exception." —John Smith, acting coach

From the acclaimed author of Sabrina, Nick Drnaso’s Acting Class creates a tapestry of disconnect, distrust, and manipulation. Ten strangers are brought together under the tutelage of John Smith, a mysterious and morally questionable leader. The group of social misfits and restless searchers have one thing in common: they are out of step with their surroundings and desperate for change.

A husband and wife, four years into their marriage and simmering in boredom. A single mother, her young son showing disturbing signs of mental instability. A peculiar woman with few if any friends and only her menial job keeping her grounded. A figure model, comfortable in his body and ready for a creative challenge. A worried grandmother and her adult granddaughter; a hulking laborer and gym nut; a physical therapist; an ex-con.

With thrumming unease, the class sinks deeper into their lessons as the process demands increasing devotion. When the line between real life and imagination begins to blur, the group’s deepest fears and desires are laid bare. Exploring the tension between who we are and how we present, Drnaso cracks open his characters’ masks and takes us through an unsettling American journey. 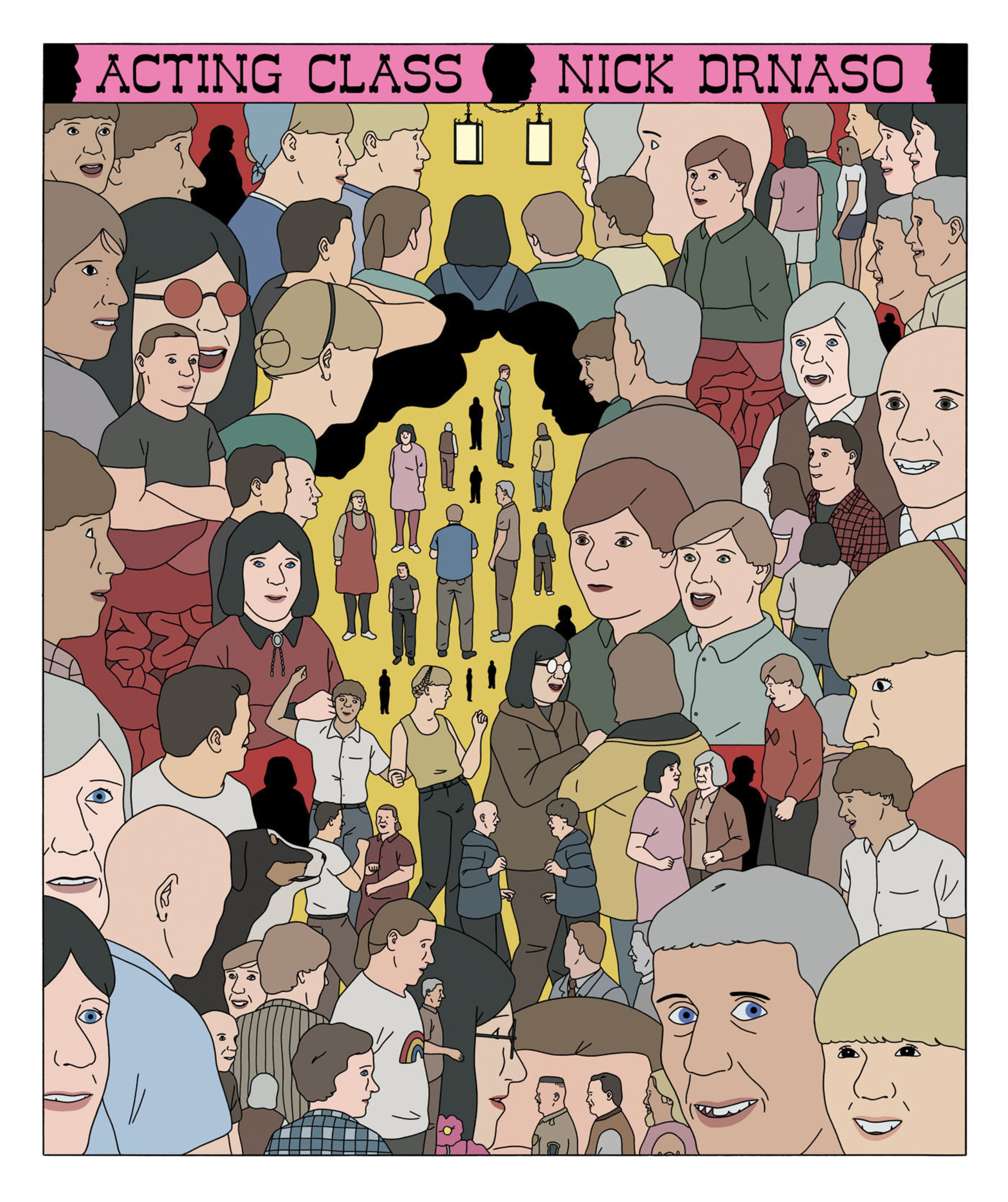 $29.95
In stores
48561
PRAISESPECSEVENTSPRESSAWARDS
"This fascinating tale about an amateur acting group discovering the tenuous line between artifice and reality kept me reading well into the night. It is at once a commentary on the power of art to reshape us, and on the dangers of conforming. Acting Class is uncanny, wholly original, and deeply satisfying."—Esi Edugyan, Washington Black

"Masterfully told, artfully layered, and beautifully rendered, Acting Class shows again that Nick Drnaso is attuned to a particular American ennui and eeriness like no other artist currently at work. He is a unique talent."—Kevin Barry, Night Boat to Tangier

"An incisive exploration of alienation that is increasingly unsettling as it builds to a shocking conclusion."—Tom Batten, Library Journal, Starred Review

"Drnaso follows Sabrina (the first graphic novel longlisted for the Booker Prize) with an unnerving, mind-bending third outing... [Acting Class] is a provocative portrait of the search for connection and meaning in modern life."—Publishers Weekly

Humans have sought to express themselves through the juxtaposition of text and sequential imagery since the invention of...