Yeon-Sik Hong was born in 1971. He began apprenticing in a manga studio in 1990, and wrote his first short stories (in comics form) in 1992, but commercial projects kept him from his personal work for another decade.

In 2005, Hong and his partner tried to move to the countryside. Two years later, Hong began work on a graphic novel inspired by these experiences. Uncomfortably, Happily was published in two volumes in 2012: it quickly became a critical success, going back for a second printing and receiving the Manhwa Today Award.

While they’d still like to move back to the countryside someday, for now Yeon-Sik Hong and his partner are living on the outskirts of Seoul. 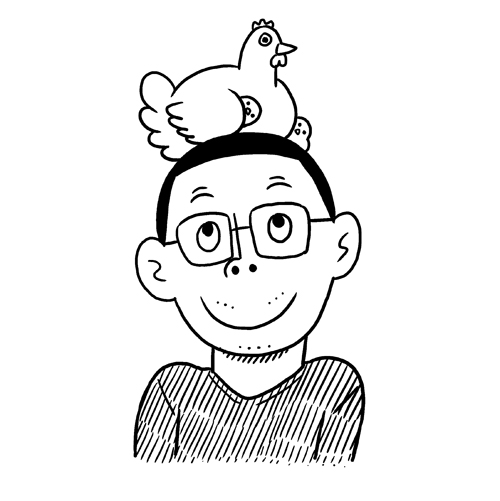 Nominated for Great Graphic Novel for Teens for Uncomfortably Happily

A few weeks ago I stumbled upon the Koreadathon, a readathon put together by two BookTubers: monica kim and books with c...

There’s more to Korean comics than webtoons. While vertical-scroll digital comics have surged in popularity among Eng...

A review of Umma's Table in the International Examiner

“How did mom cook up all those dishes from her tiny kitchen? For so many years? Umma’s table was bigger than the kit...