Sarah Glidden was born in 1980 in Massachusetts and studied painting at Boston University. She started making comics in 2006 when she was living at the Flux Factory artists collective in Queens, New York, and soon began working on her first book, How to Understand Israel in 60 Days or Less. The first chapters of this were self-published as minicomics, earning her the Ignatz Award for Promising New Talent in 2008. The complete book was published in 2010 and was translated into five languages. Glidden's work has appeared in various newspapers and magazines, as well as in the Best American Comics anthology. She spent a year as an artist in residence at the Maison des Auteurs in Angoulême, France. 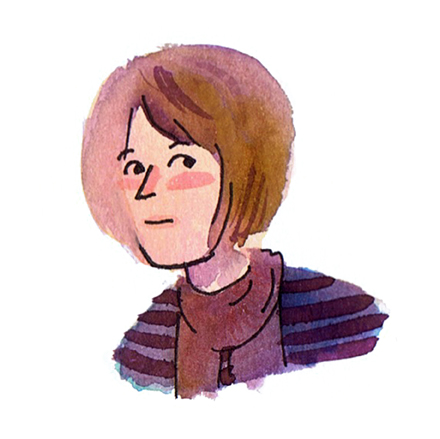 Nominated for Finalist for Rolling Blackouts

Nominated for Great Graphic Novel for Teens for Rolling Blackouts

Nominated for Best Print Comic of the Year for Sarah Glidden

ROLLING BLACKOUTS: DISPATCHES FROM TURKEY, SYRIA, AND IRAQ BY SARAH GLIDDEN Traveling around the Middle East with two jo...

AYA BY MARGUERITE ABOUET AND CLEMENT OUBRERIE, TRANSLATED BY ALISIA GRACE CHASE AND HELGE DASCHER Okay, this one is a li...

Ten D+Q Books on Comics Beat Best of the Decade

The decade from 2010-2019 was a transformative one for comics. While perhaps not quite as game changing as the aughts (...

Sarah Glidden and Hillary Chute in conversation at BBF!

Panelists talked about the ability of graphic narratives to capture and describe events in history and war. Panelists i...

The Return of our San Diego Report

We had such a great time at Comic-con this year, we want to tell the whole world about it, so I…

SDCC begins this week folks! We’ve already shown you our programming slate, so now check out our excellent debuts. First up,…

We’re very excited to be exhibiting at the 6th annual East London Comic Arts Festival this coming June 16, 17 and 18 in…