Dylan Horrocks was born in 1966 and lives in Auckland, New Zealand, with his wife and two teenage sons. He has written and drawn the comic book series Pickle (Black Eye) and Atlas (Drawn & Quarterly), along with many contributions to anthologies around the world.

His graphic novel Hicksville was first published in 1998 by Black Eye, and Drawn & Quarterly brought out a new, expanded edition in 2010. Hicksville has been shortlisted for awards in America, France, Italy, and Spain. Dylan won an Eisner Award in 2002 and was named the University of Auckland Literary Fellow in 2006.

He has also written comics for DC and Vertigo, including Hunter: the Age of Magic and Batgirl. He has drawn political cartoons, illustrated children's books and posters, and sometimes writes prose fiction and essays. 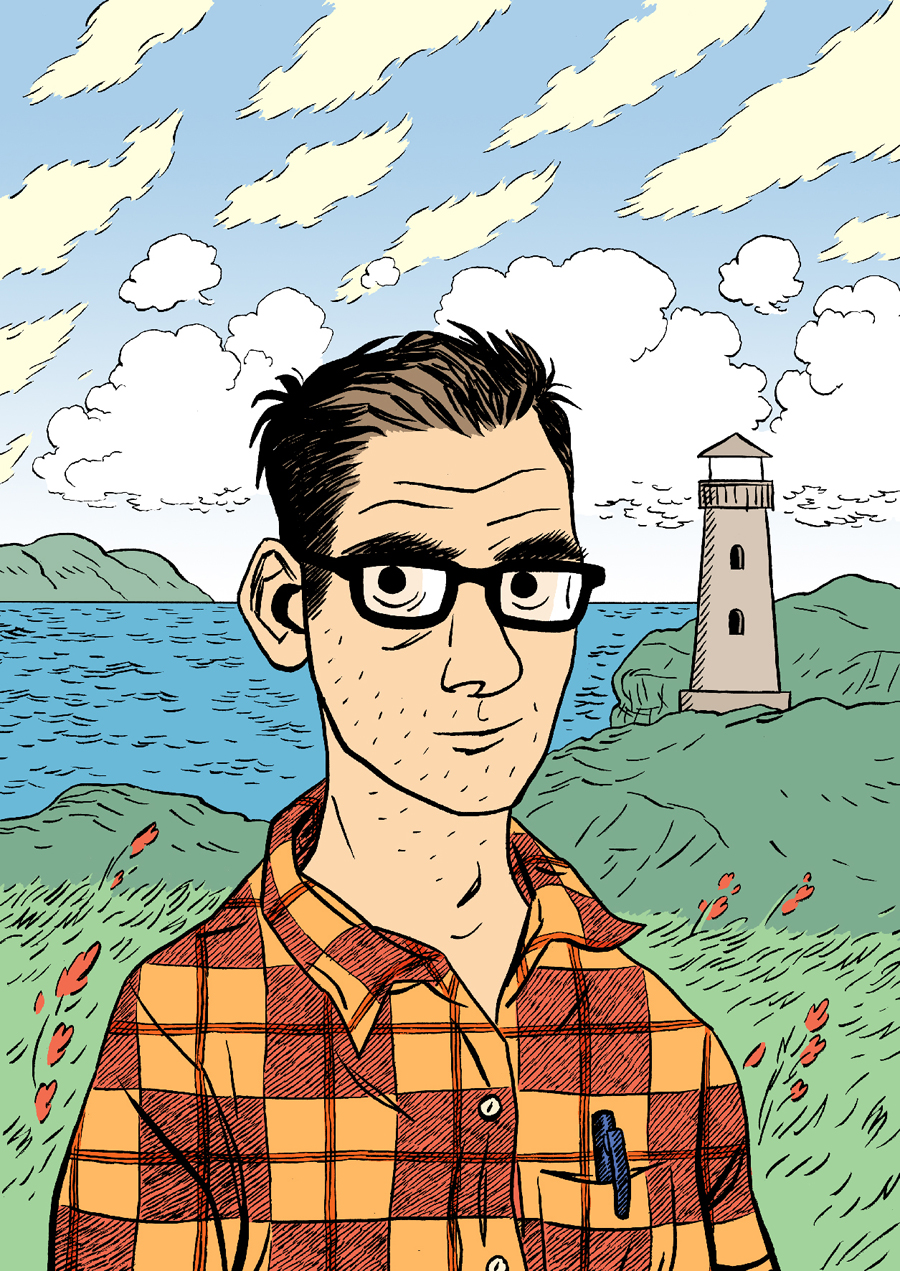 D+Q at the 36th annual IFOA

Dylan Horrocks at the IFOA

Don’t you love it when things get meta? Personally, nothing tickles me more than a story about a writer working on...

When your first words were “Donald Duck,” a career in comics is undoubtedly a fair choice. Dylan Horrocks, p...

The International Festival of Authors brings incredible writers from all over the world to Canada, and D+Q is thrilled to have…

Hello, Ohio! This weekend is the inaugural Cartoon Crossroads Columbus, and judging by its all-star lineup and stacked programming schedule, it…