Bendik Kaltenborn (born in 1980) studied art in Oslo and Stockholm, after which he began a career in contemporary art, graphic design, animation, illustration, and comics. In 1997, he and Kristoffer Kjølberg cofounded the Dongery zine collective. Kaltenborn has published two collections of comics in Norway, which have been translated into French and Spanish and are coming out in German and Swedish as well. He has exhibited in Norway, Italy, Serbia, Taiwan, Sweden, Japan, and the United Kingdom, and his client list includes The New Yorker, The New York Times, Google, and Todd Terje. Kaltenborn lives in Oslo, Norway. 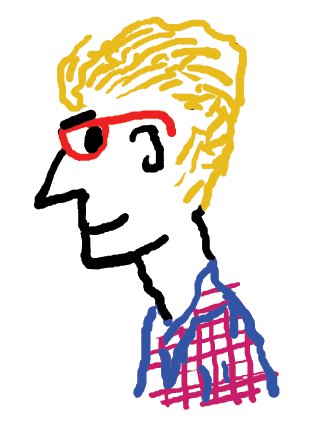 As 2015 nears to a close, here’s our personal Annual Best-Of List: all the books Drawn & Quarterly published this year,…

D+Q in Leeds and Montreal this weekend!

D+Q will be at two festivals this weekend – catch us at Thought Bubble in Leeds, England, with special guest Bendik…

D+Q is crossing the pond and coming to Leeds for Thought Bubble 2015 for the very first time! We’ll have special…